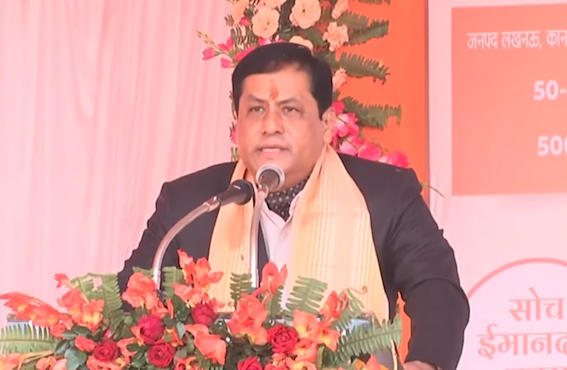 The Ministry of AYUSH has announced a slew of major initiatives to push healthcare facilities in the state of Uttar Pradesh (UP). A total amount of Rs 553.36 crore has been released by the Government of India to Uttar Pradesh for various activities under the National AYUSH Mission.

These major announcements were made by Union Minister of AYUSH and Ports, Shipping & Waterways Sarbananda Sonowal in the presence of Chief Minister of Uttar Pradesh, Yogi Adityanath.

In an effort towards building a sustainable, effective and affordable healthcare in the country, eight new 50 bedded integrated AYUSH hospitals were inaugurated. These are located in Deoria, Koushambi, Sonbhadra, Lucknow, Kanpur, Sant Kabir Nagar, Kanpur Dehat, and Lalitpur. These were built with a total capital outlay of Rs 72 crores.

A total of 500 new AYUSH Health & Wellness Centres (HWCs) were also inaugurated in different parts of the state.

Building upon this strong foundation of healthcare for people, the Union Minister laid foundation stone for a new AYUSH Educational Institute for Ayurveda with a capital outlay Rs 49.83 crores. This new institute of Ayurveda will come up in Ayodhya.

Further, foundation stones were also laid for six new 50 bedded hospitals which will come up in Unnao, Shrawasti, Hardoi, Gorakhpur, Sambhal and Mirzapur. The total outlay for this project is planned at Rs 78 crores. A total of 250 new AYUSH dispensaries will also be constructed in different districts of the state.