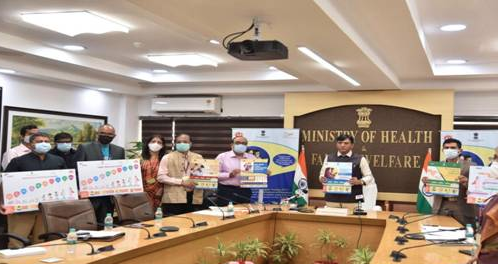 Addressing the nation-wide rollout, the Union Minister said that it is for the first time in the country that PCV will be available for universal use

The Minister also released communication and awareness packages on PCV to create widespread mass awareness. These communication packages will be shared with all states/UTs for further adaptation and utilisation.

The Union Health Minister congratulated all the immunisation staff, healthcare workers and officials for their efforts in the rollout of this life-saving vaccine.

While releasing the communication package for the vaccine, Dr Mandaviya exhorted that creating awareness regarding the vaccine is a vital component. The objective of the vaccine is to save the lives of our children and this would be possible if we run a successful awareness campaign across the country.