Total 13.73 lakh vials have been supplied across the country by the drug companies in the last seven days 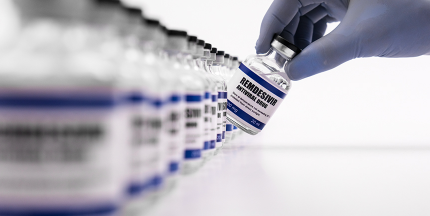 The Government of India has started importing the vital drug Remdesivir from other countries to ease out the shortage of Remdesivir in the country.

It is expected that Gilead Sciences Inc. USA will dispatch 75,000 to 1,00,000 vials. Further one hundred thousand quantities will also be supplied before or by May 15. EVA pharma will supply approximately 10,000 vials initially followed by 50,000 vials every 15 days or till July.

Total 13.73 lakh vials have been supplied across the country by the Drug companies in the last seven days (21-28 April, 2021). The daily supply has gone up from 67,900 vials on 11th April to 2.09 lakh vials on 28th April, 2021. An advisory was issued by MHA to states and UTs to facilitate smooth movement of Remdesivir supplies.

Government has also prohibited the export of Remdesivir to enhance its availability in India. To ensure affordability of the injection among the masses, NPPA on April 17, 2021 released the revised maximum retail price thus bringing down the cost of all the major brands to below Rs 3500 per vial.