Karnataka, Tamil Nadu, Maharashtra, and Delhi are among the innovation front-runners in the country 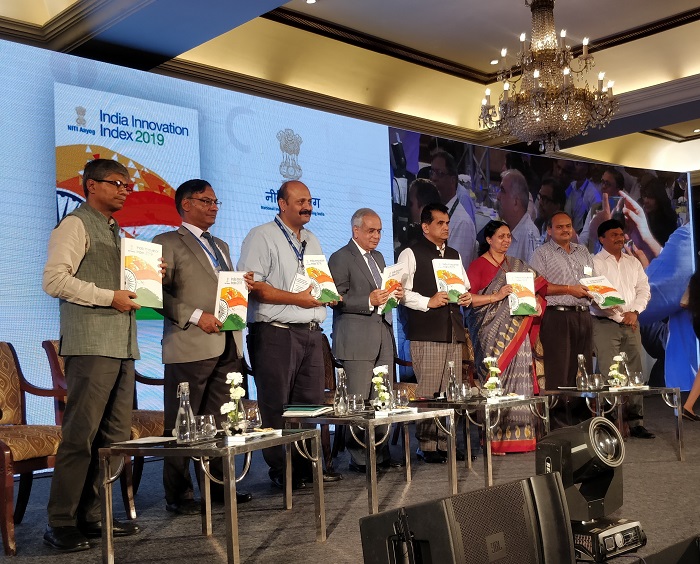 Recognizing the role of innovation as a key driver of growth and prosperity for India, NITI Aayog with Institute for Competitiveness as the knowledge partner has released the India Innovation Index 2019.

The study is an outcome of extensive research and analysis, which looks holistically at the innovation landscape of India by examining the innovation capabilities and performance of Indian states and union territories. The aim is to create a holistic tool which can be used by policymakers across the country to identify the challenges to be addressed and strengths to build on when designing the economic growth policies for their regions in different areas such as healthcare, agriculture, startups etc.

The index attempts to create an extensive framework for the continual evaluation of the innovation environment of 29 states and seven union territories in India and intends to perform the following three functions: 1) ranking of states and UTs based on their index scores, 2) recognizing opportunities and challenges, and 3) assisting in tailoring governmental policies to foster innovation.

The index shows that the innovation ecosystem of the country is strong in south and western parts of India. In fact, three of the top five major states are from southern India. Delhi and Haryana seem to be an exception to this rule and seem to be doing well on the Index. Thus, there seems to be a west-south and north-east divide across the country.