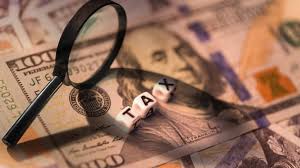 NATHEALTH has dubbed the government’s move to cut down Corporate Tax as progressive and said, rationalisation of tax structure would provide much-awaited booster dose to the sector.

Finance Minister Nirmala Sitharaman has announced a big reduction in the income tax rate for corporates. The government has slashed basic corporate tax rate to 22% from 30% while for new manufacturing companies it has been cut down to 15% from 25%.

Dr H Sudarshan Ballal, President, NATHEALTH said, “In our pre-budget recommendations, we had recommended a slew of measures related to direct and indirect taxes. It is promising to note that the government paid heed to those urgent measures. Reduction in corporate tax and other relief would create a favourable business climate for the companies which were under tremendous pressure due to several internal and external market forces.”

NATHEALTH believes that the corporate tax reduction move would be supplemented by the Goods and Services Tax (GST) reforms as well. The GST Council will be meeting tomorrow in Goa to consider several recommendations to rationalise the rates because of current economic slow and to push the industry.

Siddhartha Bhattacharya, Secretary-General, NATHEALTH, said “Since GST is not payable on health care services, health care service providers are not eligible to avail credit on the input taxes paid by it, which ultimately becomes a cost for the service provider. Under the current GST regime, the net impact of revised tax rates on inputs (goods and services) consumed by hospitals has increased. As this incremental cost is ultimately borne by the patients, it defeats the intention of the Government to provide affordable healthcare services.”

NATHEALTH has suggested an alternative as well. “If the Government decides to persist with the exemption provided for healthcare services, the Government may normalize the rates of tax for the goods and services consumed by the health care service provider and rate of GST on health insurance premium at 5%,”

If the corporate tax cut move is combined with the GST reforms, the sector would get a further boost which will go a long way in ensuring that the dream of Universal Healthcare is translated into reality for the citizens of the country.