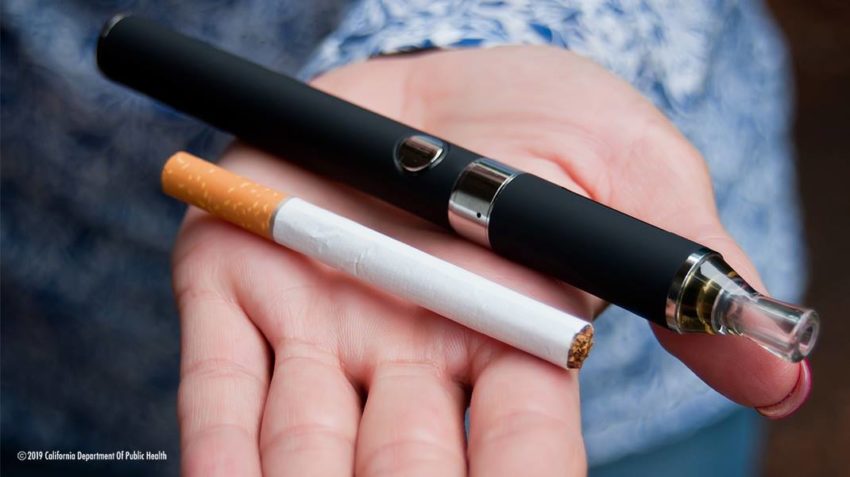 In a major health and wellness initiative for the country, the Union Cabinet chaired by the Prime Minister Narendra Modi has approved the Promulgation of the Prohibition of Electronic Cigarettes (production, manufacture, import, export, transport, sale, distribution, storage and advertisement) Ordinance, 2019.

Electronic-cigarettes are battery-operated devices that produce aerosol by heating a solution containing nicotine, which is the addictive substance in combustible cigarettes. These include all forms of Electronic Nicotine Delivery Systems, Heat Not Burn Products, e-Hookah and the like devices. These novel products come with attractive appearances and multiple flavours and their use has increased exponentially and has acquired epidemic proportions in developed countries, especially among youth and children.

Upon promulgation of the Ordinance, any production, manufacturing, import, export, transport, sale (including online sale), distribution or advertisement (including online advertisement) of e-cigarettes shall be a cognizable offence punishable with an imprisonment of up to one year or fine up to Rs. 1 lakh or both for the first offence; and imprisonment of up to three years and fine up to Rs. 5 lakh for a subsequent offence. Storage of electronic-cigarettes shall also be punishable with an imprisonment up to 6 months or fine up to Rs 50,000 or both.

The owners of existing stocks of e-cigarettes on the date of commencement of the Ordinance will have to declare and deposit these stocks with the nearest police station.

The decision to prohibit e-cigarettes will help protect population, especially the youth and children, from the risk of addiction through E-cigarettes. Enforcement of the Ordinance will complement government's efforts for tobacco control and will help in reduction of tobacco use and reduction in associated economic and disease burden.

Smoking is the modern malady of modern mankind that has killed innumerable young and worthy souls. To combat that e-cigarettes were invented as a certified measure to wean smokers out from this bad habit. Unfortunately, e-cigarettes have done the opposite, bringing in the onset of diseases Lung cancer, Stomach cancer, Bladder cancer, Esophageal cancer, Heart disease and respiratory diseases like emphysema, which causes difficulty breathing. Hence, the Union Cabinet’s ban of e-cigarettes has been a welcoming move. With the increasing cases of NCDs, we need to take all preventive measures before it gets too late. There are alternative ways such as naturopathy, yoga & breathing exercises which can help combat the addiction.

Smoking is a conduit of death, killing more than 10 million people in an abundant nation like India. Our 2030 goal for complete health is getting hampered due to such diminishing mortality rate, creating a bigger snag for a prosperous India. The youth is swayed into picking up smoking due to its rampancy in both personal and professional sphere. Hence, the introduction of e-cigarette was initially heralded as a welcoming move to wean out this habit.  Naturally, when the govt has decided to ban e-cigarette it comes with mixed sentiments as although it helps chain smokers help get away from addiction yet one can often fall into a trap of using it as a tool of dependence.

The recent vaping related deaths in the US have once again put a question mark over the possible toxity of chemicals present in e cigarette. While investigation into those deaths have still not been conclusive and point to a possibility of spurious products, we must refrain from looking at e cigarettes as a safe alternative. There have been longstanding doubts over what manufacturers and some health experts call “relative safety” of e cigarettes over tobacco cigarettes. We do not have sufficient research to understand the long-term health effects of e cigarettes. There is no ‘good smoke’ and all forms of smoke are bad. The major difference between conventional and e-cigarettes is that the latter do not contain tobacco. However, tobacco is not the only culprit in a cigarette smoke; there is an entire array of other harmful chemicals, many of which are also present in e cigarettes. This is why the approach to present e cigarettes as a “safer” option is highly flawed. It tends to normalize smoking in this form. Many people continue vaping believing it to be less harmful. Besides the presence of nicotine makes e cigarettes equally addictive, and many youngsters who have never smokes may fall for this form of smoking believing it to be safe. In this light, we welcome the government’s expected move to ban e cigarettes and According to a draft ordinance, the storage of e-cigarettes shall now also be punishable with imprisonment up to six months or fine upto Rs 50,000 or both.We must eliminate smoke and tobacco in all forms to be able to lay the foundation of a healthier India.

Electronic cigarettes contain nicotine, solvents, and other chemical agents. Nicotine itself is not carcinogenic. Tobacco smoke, on the other hand, contains many other chemicals that are carcinogenic. E-cigarettes have nicotine and inhaling it can increase heart rate, raise your blood pressure, and lead to sudden cardiac events in rare cases. Solvents are the other major component in E-cigarettes. There are many brands of E-cigarettes that contain solvents that are carcinogenic and there is no quality check on their contents. People who want to quit smoking have to understand that e-cigarettes are just a stopgap mechanism, and a dangerous one. Most importantly, people can get addicted to e-cigarettes as well, and a ban on their sale is a sensible move by the government.