Progress towards malaria elimination in the Greater Mekong Subregion and urgent need to stop spreading of drug-resistance discussed at a side-event to the New Delhi preparatory meeting for the Sixth Replenishment of the Global Fund to fight AIDS, Tuberculosis and Malaria, to be held in October 2019. 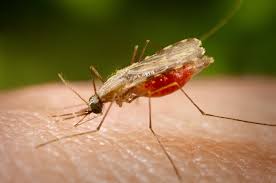 The Asia Pacific Leaders’ Malaria Alliance (APLMA) convened a panel of senior officials in New Delhi to discuss the global fight to end malaria, outlining strategies to improve collaboration, increase investment and identify innovative approaches to eliminate the disease and stop drug-resistance. The event took place on the sidelines of the preparatory meeting for the Global Fund's Sixth Replenishment, hosted by the Government of India.

Discussion centered on the alarming emergence of antimalarial drug resistance in countries of the Greater Mekong Subregion (GMS): Viet Nam, Myanmar, Cambodia, Lao PDR and Thailand. India remains susceptible to drug resistance as it lies in the middle of what is often referred to as the “world's malaria corridor” between the GMS and Africa. In the face of great progress, challenges like drug resistance can reverse collective efforts and put us off track from global malaria elimination.

Last month, the Global Fund called on the world to “Step Up the Fight” against malaria, tuberculosis and AIDS with an aim to raise US$14 billion at its upcoming Sixth Replenishment meeting, which will be hosted by France in Lyon, in October 2019.

“We need to double down on our efforts to eliminate malaria in the Mekong region and we need to do it quickly. The tools we have now are sharp and we have to use them more aggressively. We know that eventually resistance is going to blunt the tools to fight malaria,” said Peter Sands, Executive Director of the Global Fund.

The Global Fund allocated US$359M to end malaria and drug resistance in the GMS from 2014 to 2020, which has to date led to a 43% decline in the number of malaria cases in the region and a rise of close to 200% in domestic investments to combat the disease. These efforts are funded by the Global Fund through a grant called the Regional Artemisinin-resistance Initiative Elimination (RAI2E).

Moderating the panel, Dr. Ben Rolfe, Chief Executive Officer of APLMA, said, “Many countries in Asia Pacific have made significant strides in their efforts to eliminate malaria. This makes the rise of antimalarial resistance in the Mekong region a significant concern. In the face of progress and a declining caseload, we risk the emergence of complacency, which can allow challenges like drug resistance to percolate and spread to potentially devastating consequences. However, given the commitment and momentum I have seen today, I am confident that effective leadership, increased action, and innovation will bring us closer to the goal of elimination by 2030.”

Melanie Renshaw, Interim Chief Programme Officer at the RBM Partnership to End Malaria, said, “To end malaria, we need global action supported by coordinated local efforts. Strong political commitment and sustained financial investments will help us maintain our gains and make new headway in our fight against malaria. The RAI2E has demonstrated how strategic investment and partnerships can yield success and serve as a model for efforts in other parts of the world.”