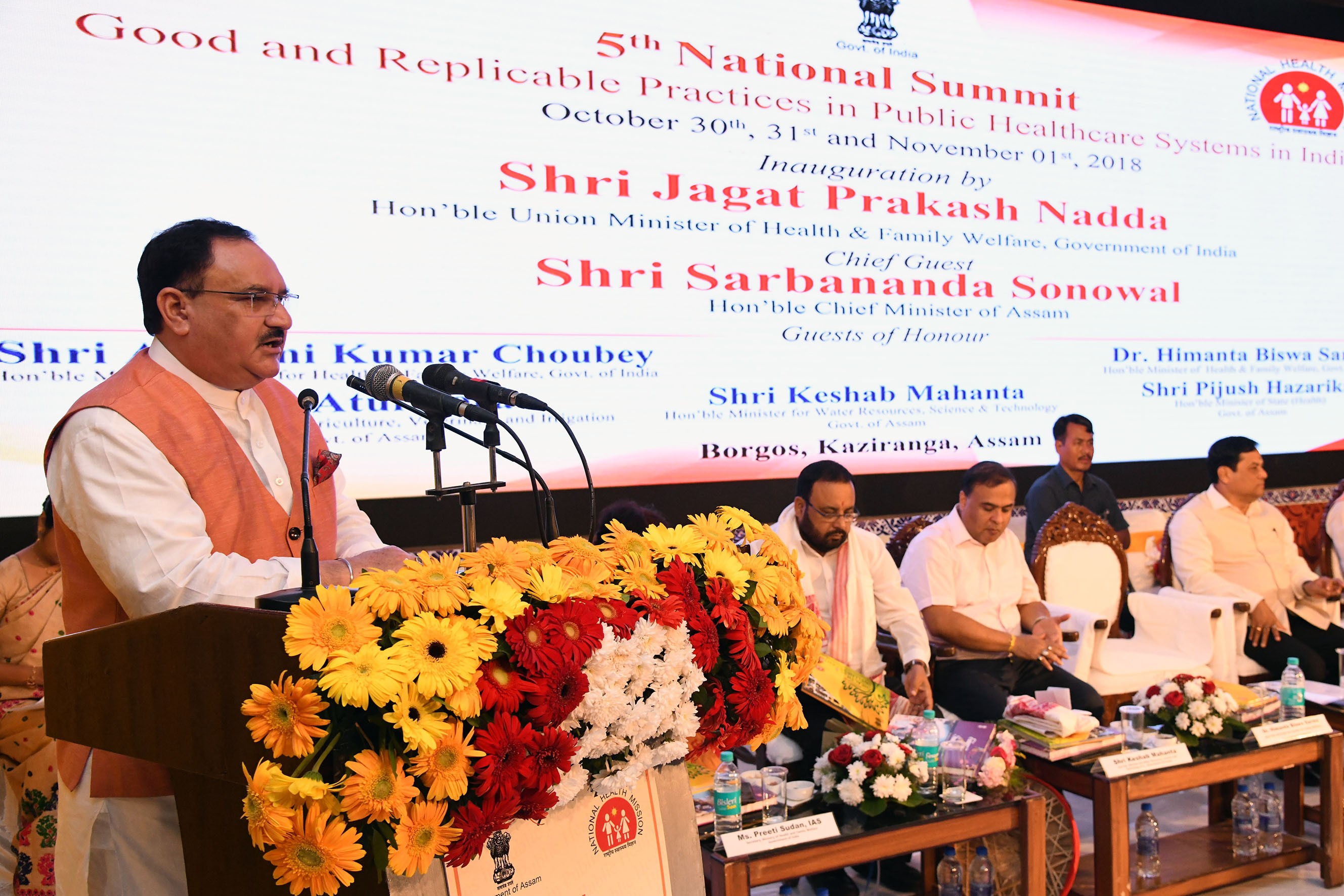 A coffee table book with brief description of all practices and products selected for dissemination in the summit, along with contact details for further information, is released and later uploaded on the National Health Innovation portal for public information.

Speaking at the function, Chief Minister of Assam said that everybody will benefit from these best practices and there is a need to raise awareness amongst the masses about various health issues for ensuring a better future. Speaking at the function, Nadda said that the government is always focused on promoting innovative approaches tailored to challenges under the most able leadership of our Hon’ble Prime Minister who has given the mantra of Reform, Perform and Transform.  He further said that we must match speed, skill and scale to get the desired results.

The Union Health Minister said that the Government believes in cooperative federalism. “The Health Ministry stands with the states. While the ownership is that of the states, we are ready to lend all technical and financial support,” he said.

Nadda also emphasized on the need for IT initiatives in the health sector.  “They can help address gaps where we have challenges of HR, or aid accurate and quick diagnosis to improve clinical decision making particular for remote locations. National Health Mission is also supporting many IT initiatives in States,” He further said that the best practices that have been selected on mHealth and digitalization will provide learnings for other states to adopt the innovations.

Ashwini Kumar Choubey, Minister of State for Health and Family Welfare in his speech said that many exemplary practices have been undertaken in many states to meet healthcare goals and the center stands committed to supporting the state/UTs in their innovative endeavours. He also said that 15,000 Health and Wellness Centers across the country will start operating soon.

The award for highest annual decline in Under 5 Mortality was given Himachal Pradesh-1st (-18.2%), Assam-2nd (-16.1%) and Jharkhand, Gujarat and Kerela (-15.4%). For best performance in Family Planning awards, were given to West Bengal, Chattisgarh and Rajasthan.

For best performance in RNTCP, awards were given to Andhra Pradesh, Gujurat and Arunachal Pradesh while in NLEP award was given to Gujarat in category of State and Dadar& Nagar Haveli in the category of Union Territory.

Awards for best performance in National Programme for Prevention and Control of Cancer, Diabetes, Cardiovascular Diseases and Stroke (NPCDCS), were given to Haryana and Himachal Pradesh.

The award for best performing States in the category of indoor services (based on change of IPD/1000 population from 2016-17 to 2017-18-HMIS) was given to Goa, Karnataka and Himachal Pradesh. Lakshadweep got the award among the Union Territories (UTs).