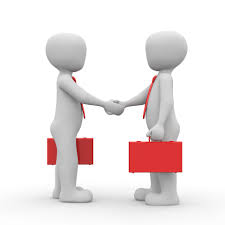 The government gave its nod to sign a deal with medicine regulatory agencies of BRICS nations on cooperation in the field of regulation of medical products for human use.

The approval was given by the Union Cabinet chaired by Prime Minister Narendra Modi.

The MoU would facilitate better understanding about the regulatory aspects between the parties and could help in increasing India's export of medical products to BRICS countries.

The cabinet also gave its ex-post facto approval for an Memorandum of Understanding (MoU), signed in March, between India and Sao Tome and Principe for cooperation in the field of Traditional Systems of Medicine and Homoeopathy.

The MoU between India and Sao Tome will enhance bilateral cooperation between the two countries in the area of Traditional Systems of Medicine.

The cabinet also gave ex-post facto approval to an MoU between India and Sao Tome and Principe on cooperation in the field of Medicinal Plants.

In another approval, the government has been apprised of the MoU between India and the World Health Organisation, represented by its Regional Office for South-East Asia acting through its India office. The MoU was signed on March 13.

The bilateral MoU shall encourage cooperation between India and WHO. This will facilitate in improving public health status of the people in India.