Health minister was addressing a state level seminar on ‘Tobacco-Free Rajasthan’ organised by Vaagdhara, an NGO 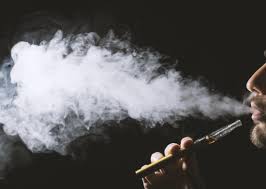 Health department will conduct study on e-cigarettes to find out their ill effects. Health minister Kalicharan Saraf said that if it is found harmful in the study, directions will be issued to ban it in the state.

Saraf was addressing a state level seminar on ‘Tobacco-Free Rajasthan’ organised by Vaagdhara, an NGO, in a city hotel on Thursday.

He said that the state government is committed to making Rajasthan tobacco free. He said 50,000 people die every year from consuming tobacco and the question that is generally asked is why not ban tobacco in the state and solve the problem. “It is easier said than done,” he added.

The government is making people aware about the ill-effects of tobacco so people can quit it, he added.

Health minister said more than 1.80 lakh challans have been issued for violation of Cigarettes and other Tobacco Products Act (COTPA) 2003.

After making all schools a tobacco-free zone, all the 17,000 government health facilities have been asked to make their premises tobacco-free and letters have been written to private hospitals for the same.

Letters have been issued to 6,800 anganwari centres to make their premises tobacco free and to ensure no tobacco products is sold within 100 metres of it.