The company's product is a generic version of Pfizer Inc's Advil Liqui-Gels 200 mg. 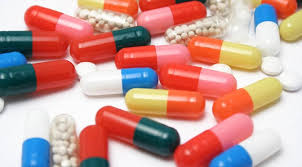 The company's wholly-owned subsidiary Strides Pharma Global has received approval for Ibuprofen capsules in the strength of 200 mg from the United States Food & Drug Administration (USFDA).

The company's product is a generic version of Pfizer Inc's Advil Liqui-Gels 200 mg.

"With a focus to secure its API supply chain for the product, the company under prior approval supplements filing will apply for a source change to Solara Active Pharma Sciences, a group company having a leading API franchise," Strides Shasun said.

The company has 74 cumulative abbreviated new drug application (ANDA) filings with USFDA of which 45 ANDAs have been approved as of date and 29 are pending approval.