‘Innovate Karnataka’ will act as an umbrella brand for all innovation in the state whether it’s in emerging technologies such as blockchain, robotics, artificial intelligence (AI), nanotechnology, etc. 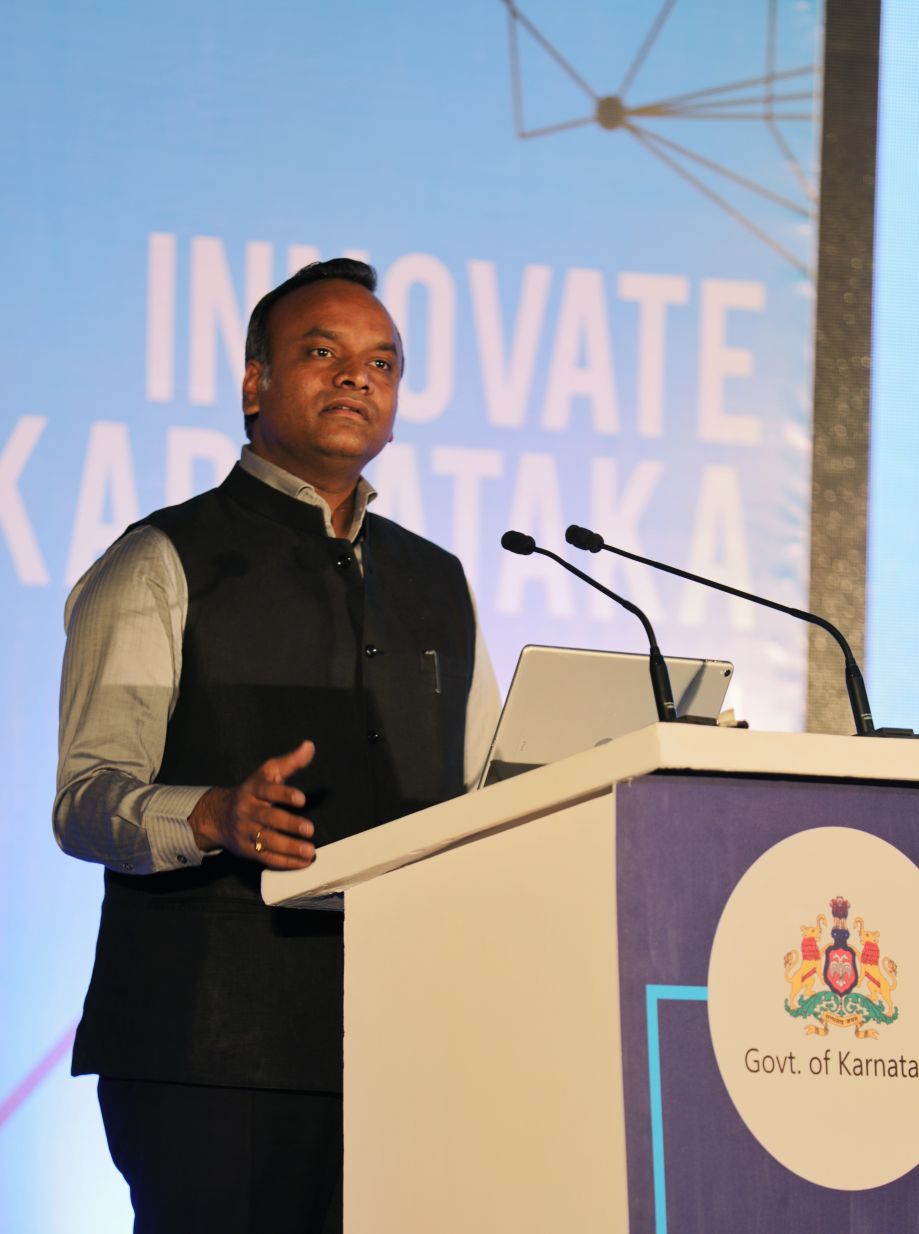 ‘Innovate Karnataka’ will act as an umbrella brand for all innovation in the state whether it’s in emerging technologies such as blockchain, robotics, artificial intelligence (AI), nanotechnology, etc, or in the vibrant startup ecosystem that has become a part of the new, young and exciting identity of Karnataka.
Unveiling the brand narrative for ‘Innovate Karnataka’, the Chief Minister Mr Siddaramaiah said, “Development cannot happen without innovation, and no innovation is truly big unless it helps people. With ‘Innovate Karnataka’, we hope to start on the path to Mission 2025: where technology will help in the inclusive development of the state, where better governance can be delivered to the citizens."
“Our vision is to put people first in all our schemes in programmes, and ‘Innovate Karnataka’ will both fulfill the vision, and be a driving force for it,” he added.
The vision of ‘Innovate Karnataka’ is: “To see Karnataka as a global first choice of innovation and technology by adopting policies which spur 100% digitization of health, agriculture and other domains and enable inclusive digital growth across geographies and all strata of society.”
The brand was launched with an eye on the future, by a government mindful of evolving with the times. Which is why, ‘Innovate Karnataka’ will be spearheaded by the Department of Innovation and Technology. A modern, more advanced version of the Department of IT, BT.
The Department of Information Technology was carved out of from Department of Commerce and Industry in 1998, thereby enabling IT to gain more prominence across the State. The Government also understood the promise Biotechnology held, and subsequently established the Department of Information Technology & Biotechnology in September 2001. But the industrial and economic landscape is changing and new problems are cropping up. These new problems need new solutions. The future will be defined not by the IT services, which lead the growth of IT, but through a fusion of physical, digital and biological worlds.
Speaking about the convergence of various technologies, and the need for putting innovation first, Mr Priyank Kharge said, “We are at the cusp of a technology revolution across the world, and Karnataka is poised to be the global leader when it comes to innovation. Already, we are spearheading the startup movement in India, and ensuring that we’re at the forefront of blockchain, nanotechnology, artificial intelligence innovation. Now, it’s time to take Karnataka into a safe, secure future where technology solves real problems.”
The government also launched several Centres of Excellence (CoE) across Karnataka at the programme, including the Centre of Excellence for Data Science and Artificial Intelligence, in association with NASSCOM; Centre of Excellence for Machine Learning & Robotics at IIITB amongst others.