Medical practitioners are unregistered pharmacists; hence they are not eligible to dispense drugs 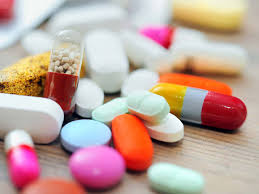 Professional expert in pharmacy from Kerala has demanded to the Pharmacy Council of India (PCI) to act on a resolution passed unanimously by the Central Council of PCI in December last year demanding amendment of Section 42 of the Pharmacy Act.

Rajan B Rajan, former president of Kerala State Pharmacy Council (KSPC) had moved a resolution in the Central Committee of the PCI in December last year and it demanded repeal of the clause 1 in the section 42 which allows medical practitioners to dispense medicines to their own patients.

With the special sanction of the government, they are also allowed to dispense medicines to the patients of another medical practitioner.

This provision to permit unregistered pharmacists to dispense medicines should be quashed.

Resolution of Rajan further wants the PCI that the term ‘prepare’ should be deleted from the clause and insert the term ‘manufacture’ in place.

According to him, till forty years ago most of the medicines were imported from other countries and the formulations were made here by compounders and doctors.

The situation has changed now and we are manufacturing all kinds of drugs in the country. So, pharmacists should be given the right to manufacture medicines.

Government has now given instructions to PHCs to dispense medicines to the patients of non-communicable diseases (NCD) reaching sub-centres, under supervision of doctors. NCD patients are given medicines through sub-centers and are no pharmacist is working there.