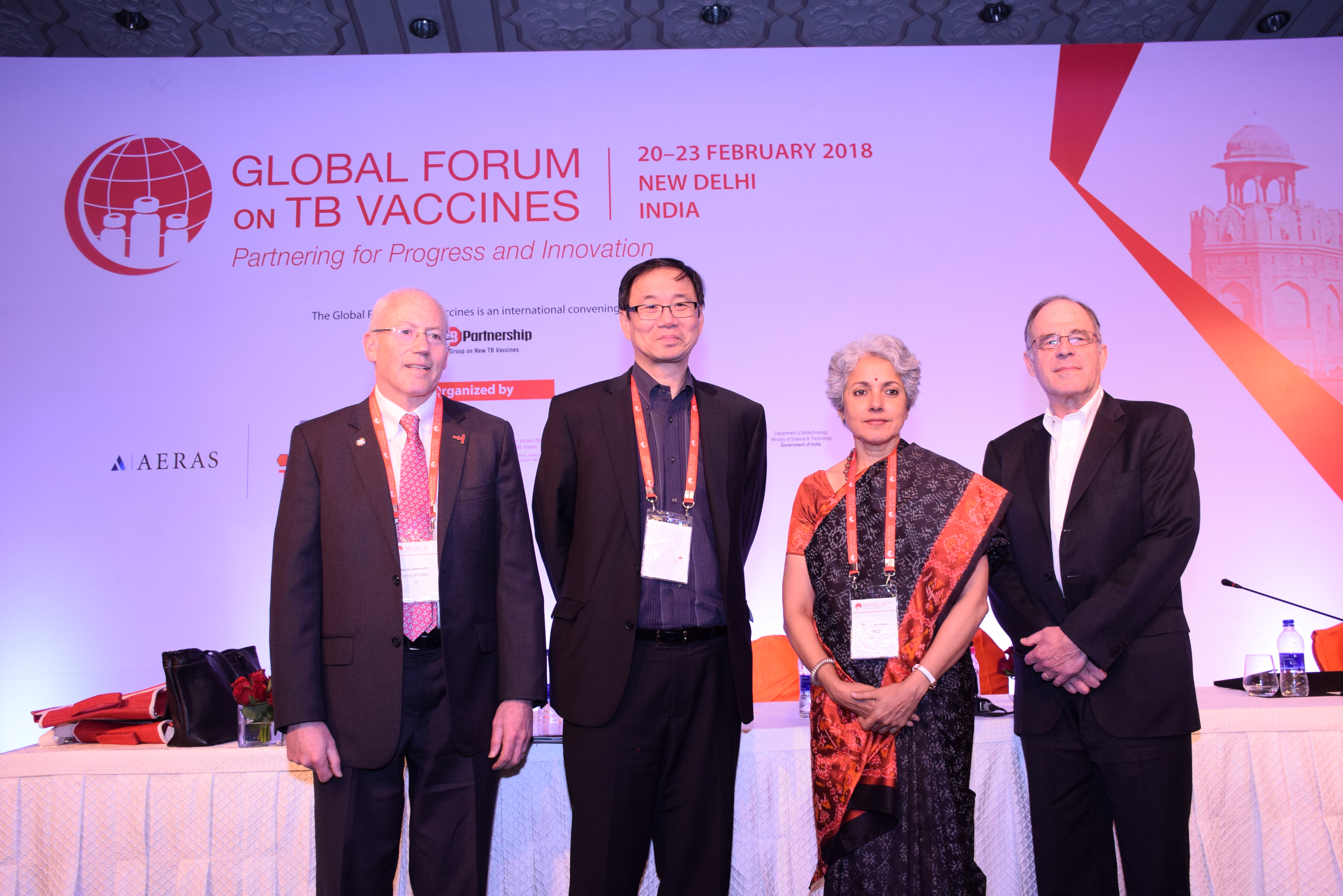 The 5th Global Forum on TB Vaccines recently commenced in New Delhi. The Forum is a scientific conference, which provides a platform for researchers, clinicians, product developers, policy makers, advocates, and other stakeholders, to review the state of the field, share the latest research and findings with the end goal of developing new TB vaccines.

Experts agreed that there is an urgent need to develop an effective vaccine against both drug-sensitive and drug-resistant (Multi Drug Resistant and Totally Drug Resistant) TB. The target set forth in the WHO End TB Strategy to end the TB epidemic by 2035 cannot be achieved without new vaccines, as well as improved diagnostics and treatment.

Anupriya Patel, Minister of State for Health and Family Welfare said, “A crucial pillar of the Government of India’s TB elimination response, is the increased focus on R&D. We recently established the India TB Research Consortium to drive TB R&D efforts in the country. The consortium is working with public and private institutes, to guide the country’s research efforts towards the development of point-of-care diagnostics, shorter treatment regimens and an effective vaccine. We are confident that this forum will accelerate efforts and we hope to see a new TB vaccine is the near future.”

The Forum is convened under the aegis of the Stop TB Partnership Working Group on New Vaccines. The organizing partners for the forum include the Government of India’s Department of Biotechnology (DBT), Translational Health Science and Technology Institute (THSTI), Indian Council of Medical Research (ICMR) and International organizers, Aeras and the TuBerculosis Vaccine Initiative (TBVI), both of which are non-profit organizations, facilitate the development of new, effective TB vaccines that are affordable and accessible.

R&D is one of the pillars of the WHO’s End TB Strategy and will play a pivotal role in achieving global elimination targets. However, a recent analysis indicates that globally, none of the key research areas i.e., drugs, vaccines, diagnostics and operational research achieved the recommended levels of funding outlined in the Global Plan to Stop TB 2011-2015.

Dr. Soumya Swaminathan, Co-Chair of the 5th Global Forum said, “The WHO End TB Strategy recognizes the centrality of accelerating TB R&D efforts, especially for the development of an effective TB vaccine, to achieve our TB elimination efforts. Considering the country’s expertise and experience in developing affordable and effective vaccines, the large number of young scientists, and the government’s push for indigenous product development, it is appropriate that the Global Forum has chosen India as the venue for this conference, and we’re glad to witness such large scale participation.”

The existing TB vaccine, the BCG (Bacille Calmette-Guerin) vaccine dates back to the 1920s. The nearly hundred year old vaccine is moderately effective in preventing severe forms of TB in children, particularly TB meningitis, but it does not adequately protect adolescents and adults, who are at highest risk for developing and spreading TB. It is therefore important that a vaccine is developed, which could prevent adolescents and adults from acquiring, developing or spreading the disease and would be the single most cost-effective tool in mitigating this epidemic. Globally, there are 12 TB vaccines in various stages of clinical trials, with many more candidates and concepts in earlier stages of development.

Dr. Ashutosh Sharma said “In terms of vaccines, India has progressed from being one of the world’s top vaccine-manufacturers to become an emerging player in the R&D of vaccines. The DBT is supporting TB initiatives in a major way by setting up Regional Prospective Observational Research for Tuberculosis (RePORT) India Consortium under the aegis of Indo-US Vaccine Action Programme, to enhance or build, combined biomedical and clinical research capacity in India. It is a matter of pride that India makes more than 60% of the world’s vaccines and are in the right direction to become a hub for vaccine R&D as well.”

Tuberculosis kills more people than any other infectious disease. Globally, 17 lakh people lost their lives to TB in 2016. India accounts for almost 27% of the global TB burden. There were an estimated 28 lakh new cases of TB in India in 2016, with 4.52 lakh people succumbing to the disease, including those with TB and HIV. Multidrug-resistant (MDR) and extensively drug-resistant (XDR) TB are more severe forms of TB. MDR and XDR are difficult and expensive to treat, and have high mortality rates. India had an estimated 1.47 lakh drug resistant TB cases in 2016.

Preeti Sudan said, “In the past few years, the Government of India has introduced several progressive policy changes which have transformed the way we diagnose and treat TB. However, in order to achieve our elimination targets, we recognize the importance of an effective vaccine and have therefore introduced supportive initiatives to drive TB vaccine R&D. We are glad that the Global Forum is being organized in India and we hope to have a fruitful and productive conference.”