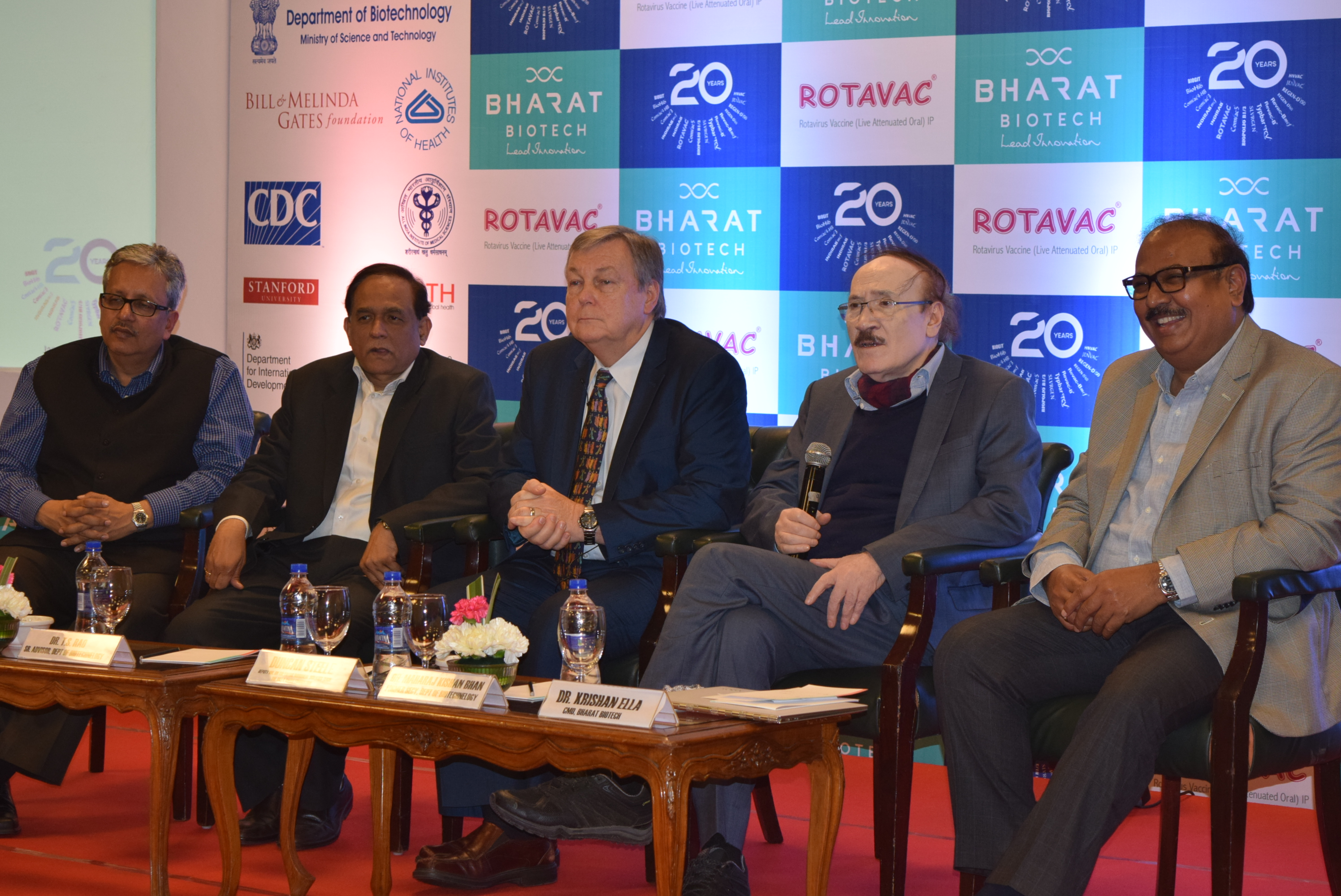 Bharat Biotech has announced that the World Health Organization (WHO Geneva) has awarded prequalification to the developing world’s first rotavirus vaccine, ROTAVAC®.

The vaccine will prevent infant deaths and hospitalizations due to rotavirus diarrhea and was launched by the Narendra Modi, Prime Minister of India in New Delhi in March 2015 and is one of the first novel vaccines to be developed completely from a developing world country.

WHO Prequalification is necessary for UN agencies and Gavi, the Vaccine Alliance to purchase the vaccine in partnership with developing countries and will help accelerate availability of the ROTAVAC® to the developing countries with the highest burden of disease. India has introduced ROTAVAC® into its national immunization program during 2016, with ~ 35 million doses delivered till date.

Dr. Krishna Ella, Chairman and Managing Director of Bharat Biotech said, “We are honored and delighted to become the first rotavirus vaccine from the developing world and India to be WHO Prequalified. We feel proud to dedicate this innovated in India and Made in India vaccine to the world. The true impact of vaccines can be seen, when vaccinations are carried out in affected populations. The Government of India has given a big boost by making ROTAVAC® available to millions in India already."

Bharat Biotech’s track record of life saving vaccines is a testimony to the company's long-standing commitment to make affordable vaccines for the developing world. ROTAVAC® has been supplied to low income countries at $ 1.0 / dose, with the feasibility for further ~30% price reductions, based on the procurement of around 100 million doses for these countries” Dr. Krishna Ella added.

Dr. Roger I. Glass, Director of the Fogarty International Center at the U.S. National Institutes of Health, who helped shepherd the process said, “The novel Team science partnership that developed this vaccine serves as a useful model for others to follow. The result is an effective, yet economical, vaccine that has the potential to save thousands of children’s lives in Africa and elsewhere”.

According to him Rotavirus is responsible for an estimated 36% of hospitalizations for childhood diarrhea around the world and for an estimated 200,000 deaths in low and middle income countries.

WHO prequalification for ROTAVAC® is the result of a rigorous regulatory process since 2016. ROTAVAC® has been under development since the year 2000 necessitating investments of around USD 200 million towards product development and dedicated manufacturing infrastructure. The Genome valley facility has an installed manufacturing capacity of up to 200 million doses / year, is a scalable model ready to meet global demand.

Dr. M.K. Bhan, Ex Secretary Department of Biotechnology, who isolated the ROTAVAC® 116E strain said “Core funding for the development of ROTAVAC® was received from the Gates Foundation, PATH and BIRAC- Department of Biotechnology Government of India, since the year 2000. Additional funding from agencies such as the Research Council of Norway, UK Department for International Development, have made this project a success.”

Dr. Fred Cassels, Global Head of Enteric and Diarrheal Diseases at PATH’s Center for Vaccine Innovation and Access said, “PATH enthusiastically welcomes Bharat Biotech’s news about reaching this exciting and important milestone for ROTAVAC. As a longstanding partner in the development of the vaccine since 2001, we know that achieving WHO prequalification of ROTAVAC brings us even closer to meeting the critical public health goal of improving the supply of affordable rotavirus vaccines worldwide.”

Rotavirus is the leading cause of severe diarrhea and death among children less than five years of age around the world. According to a recent study, 37 percent of the 578,000 childhood diarrheal deaths in 2013 were due to rotavirus, for a total of 215,000 rotavirus death globally. Vaccinations are an important part of global public health efforts to meet the Sustainable Developmental Goals of UNDP.

Duncan Steele, deputy director on the Enteric Diarrheal Diseases team at the Bill & Melinda Gates Foundation said, “India’s leadership in developing and introducing its own rotavirus vaccine is commendable and emphasizes a national commitment to improving the health of it’s children. The advent of a locally manufactured, WHO prequalified rotavirus vaccine offers promise to protect children in India, Africa, the Americas and the rest of Asia from this debilitating disease.”

The project to develop ROTAVAC® has resulted in more than 15 international publications in peer reviewed journals, including the pivotal phase III publication in Lancet in 2014 proving its comparable efficacy in the developing world. ROTAVAC® has 5 global patents, granted in countries such as India, USA, UK, South Africa, China, Nigeria, among several others.  Product registrations for ROTAVAC® are in process in more than 30 countries globally.

Bharat Biotech has successfully miniaturized the dose volume of ROTAVAC®, to 0.5 ml / dose and is presented in a ready to use format, requiring no further reconstitution, similar to oral polio vaccines. The product profile of ROTAVAC® has been optimally designed for the developing world by the developing world to aid ease of administration, reduced training requirements, and with the lowest cold chain footprint for an oral rotavirus vaccine in the world. The cold chain footprint has been reduced to ~3 cm3 / dose, resulting in significant savings in cold chain storage and distribution costs. The 0.5 ml dose volume also reduces the amount of spit ups by infants when the vaccine is administered.

Harry B. Greenberg, Joseph D. Grant Professor of Medicine and Microbiology and Immunology, Stanford University School of Medicine said, “The development of ROTAVAC is a clear example of “Team Science” at its best with outstanding and critical collaborative contributions from scientists and clinicians from both India and the United States, as well as vital assistance from the Indian Government, the US National Institute of Health, Stanford University, PATH and the BMGF to name just a few members of the team. Perhaps most remarkable is the fact that this vaccine was developed, from start to finish, entirely in India by an Indian biotech company in collaboration with multiple Indian and international partners, specifically to meet a very major unmet health care need of India.”

The Government of India has introduced Rotavirus Vaccines into the universal immunization programme, where the vaccine is provided free of charge to the entire birth cohort. However this introduction is limited to 9 states namely Odisha, Andhra Pradesh, Haryana, Himachal Pradesh, Assam, Tripura, Tamil Nadu, Madhya Pradesh, and Rajasthan. Diarrheal deaths and hospitalizations due to rotavirus infections are highly prevalent in all parts of India. Further expansion of the Universal Immunization Programme to the entire country will result in significant reductions in infant mortality rates and hospitalization costs for governments and private citizens alike.