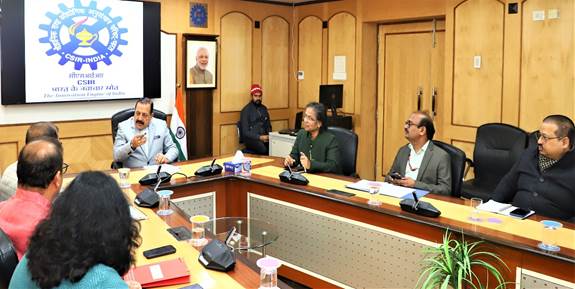 Established in 1953, National Research Development Corporation (NRDC) is a PSE, Section 8 Company under the Department of Scientific and Industrial Research (DSIR) playing a pivotal role in bridging the R&D and Industry.

Presiding over a meeting with Secretary, DSIR and Senior Officials of NRDC at Council of Scientific and Industrial Research (CSIR) Centre in New Delhi, Dr Jitendra Singh said, since inception, NRDC has concluded more than 5000 license agreements representing technologies in almost all industry sectors. The Minister said that it has also facilitated in filing over 2000 patents in India.

NRDC has taken up several initiatives to support and encourage the Start-Ups ecosystem in the country. With this objective, NRDC has established and has started to manage incubation centers to nurture technology driven startups for maturation into commercial ventures.