Developed by three startups incubated with the institution 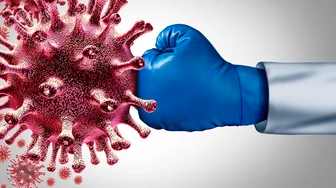 iCreate (International Centre for Entrepreneurship and Technology), an autonomous centre of excellence of the Government of Gujarat, has announced the launch of critical health-tech devices developed by three respective startups incubated with the institution.

The devices will help in altering ICU ventilators to host multiple patients at the same time and augmenting large scale oxygen supply chains. Furthermore, these devices are ready for mass deployment to support healthcare institutions and hospitals to optimize their resources to the fullest immediately.

Developed by Social Hardware, 3D printed splitter is a unique ventilator expansion device that allows a single ventilator to support up to two or four patients during a time of acute equipment shortage.

The startup also has developed a second device; Venturi Valve Respirator that can be used for airflow control through varying its annular orifice to modulate the flow of air.

The IoT enabled solution Chief Beta (Industrial IOT Gateway) developed by Limelight IT solutions, is an industrial gateway that can easily plug into the oxygen supply lines of hospitals and allied healthcare institutions to monitor, perform audits, detect and send leakage alerts.

Oxyter developed by RedCarbon TechnoHub is a portable Oxygen Generator that works on Electrolysis. The innovation aims to reduce the complexity, mass, size and environmental impact along with power consumption required for O2 generation. The system developed by RedCarbon does not require a compressor instead works on a simple model of gas/liquid separation device during water electrolysis.

iCreate will be spearheading the process for these innovations to be deployed across hospitals. Gauging the demand for state-of-the-art hardware technology solutions, the incubator will work closely with the startups to augment the production and supply chain.