Maker Mela, a premier event for grassroot innovations in India was organized by riidl (Research Innovation Incubation Design Laboratory) to accelerate the Maker Movement in India and to create a community of Makers. 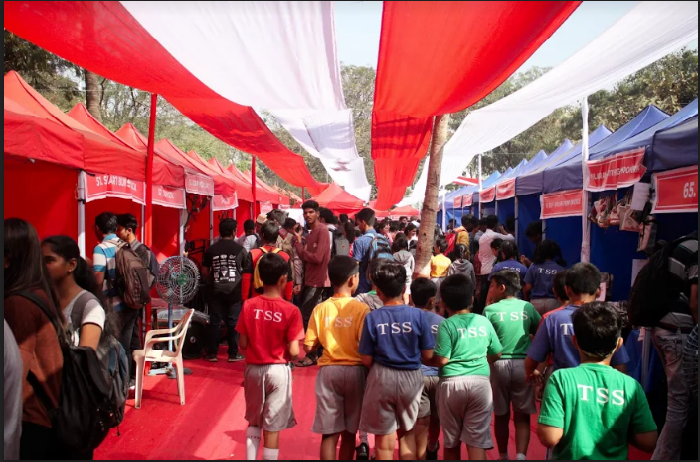 Maker Mela, a premier event for grassroot innovations in India and organized by riidl (Research Innovation Incubation Design Laboratory) to accelerate the Maker Movement in India and to create a community of Makers announced the 4th edition of its event.

Research Innovation Incubation Design Laboratory (riidl) was set up in the year 2010 by Somaiya Vidyavihar on its Mumbai campus. It was created to drive innovation & entrepreneurship and currently facilitates 39,000 students and 1500 faculty in the campus. In, 2014 riidl was affiliated to the Centre for Bits and Atoms (MIT USA) as a Fablab (now a Fablab Node in India) and in 2016 with support from Department of Science and Technology, Government of India, riidl became a Technology Business Incubator. The incubator helps entrepreneurs to convert their ideas into becoming successful and profitable ventures by supporting them in business planning, mentoring, recruiting their top team, commercialising their technologies, developing their products, getting early engagement and customer validations from the market, getting early stage seed funding, help in forging partnership at the national and global level, advice on intellectual property, training and development and many other things.

This year’s Maker Mela was organized from 17-19th January 2019 and it witnessed participation from many young people and entrepreneurs. The participants included a 19 years old Mihir Butala who developed a Life Saver Cardiopulmonary Resuscitation (CPR) device which can be helpful to people who suffer from severe cardiac arrests. Based on the crank shaft mechanism on which engine motor runs, the device uses a mechanical process to deliver Cardiopulmonary resuscitation (CPR). The patient is kept inside the structure and the machine produces vertical motion to the patient’s chest. Keen to approach government for installation in public places, Mihir plans to test dummies first and has approached Somaiya Hospital as well. A student of Somaiya College, Mihir did 6 months of research for this and made it in 2 months. A device that costs around Rs. 14,000 to 15,0000 can be deployed at public places and can be used by laymen.

Vaishnavi Santosh Bane, a 21 year old girl has developed a non-invasive haemoglobin measurement device through which haemoglobin can be detected without the need of pricking and taking a blood sample. The device is helpful to those patients who are advised to undergo tests just for haemoglobin. It detects haemoglobin with non-invasive methods through Digital Imaging with help of special purpose LEDs and photoreceivers and helps give quick results unlike the traditional tests which make patients wait for a day or so. Vaishnavi plans to make it more portable and cost-effective in the upcoming years.

Yet another 25 year old Swapnil Gholap has developed an IoT based Remote ICU which helps the doctor to monitor patient's condition remotely. He has made this device to balance the doctor to patient ratio which is 0.62:1000 in India which should be 1:1000 according to World Health Organization standards. At the rural level, the ratio is even worse. Thus with the help of technology, a wireless medium has been connected through IOT that will help the rural people to get access to the doctors and practitioners and it will enable the doctors to view patients’ record through mobile apps and an iMed Box will also be there which will dispense the medicines prescribed by the doctor.

Somaiya students, Chirag Shah and Abhishek Rai have designed and developed a physical rehabilitation device which can help the patients suffering from movement disorder recover fast. They have named this device as Robo-rehab. This device is designed for elderly people suffering from various physical ailments such as arthritis, cardiovascular diseases and chronic pain and  for patients with several orthopaedic problems and for athletes with sports injuries.This Robo-rehab records the motion during calibration that can be repeated according to the requirement. It will also aid and assist the physiotherapists to handle more patients. A start-up incubated at riidl, it got selected under Nidhi-Prayas, a DST-supported national initiative that focuses on supporting innovators to develop their innovative idea into prototype. Chirag and Abhishek plan to start a company a year down the lane and see a gap in R&D in robotics in India specifically in the area of physiotherapy. They are keen to help people.

Prashant Gade and Subhangee Sahoo from Jaipur have developed India’s first of its kind myoelectric prosthetic arm specially designed for people with low income source. Named Inali, It uses the signals from muscles and makes the hand function and creates a solution for people with certain upper disabilities.

Mr. Samir Somaiya, President Somaiya Vidyavihar says “Our focus has always been in encouraging innovation and knowledge sharing. We believe when you provide platforms for collaboration and innovation, the barriers of age, language, country melt away and the power of the ‘idea’ shines through.  We have seen the initiative grow, with makers from across India and even countries like the USA and Sweden participating in this event. Our students and indeed the community get inspired by the Maker’s, and more ideas flourish. We are happy that we have been able to play a role as facilitators.”

Added to the rich menu of exhibitions from Makers; talks from eminent personalities, demonstrations and performances were among the most sought-after favourites at the Maker Mela. Besides a YouTubers’ Panel Discussion, the speaker sessions that began with a humanoid robot, Robyn Inmoov - World’s first 3D printed Humanoid Robot, there were talks from international and national speakers; experienced speakers as well as the fast and furious young maker Yashraj, who at age 18 years owns 36 Research Projects and 15 patent applications is recipient of Karmaveer Chakra Award 2016 and has also been named amongst top 10 young entrepreneurs of 2016 across the globe by success magazine. Captain Raghu Raman,Group President - Risk, Security, New Ventures, Reliance Industries Limited presented by YOUth Talks was also a part of Maker Mela.

Supported by Department of Science and Technology and Department of Biotechnology, Government of India and Maharashtra State Innovation Society, the event took place at the Somaiya Vidyavihar campus at Vidyavihar, Mumbai.