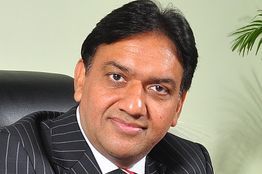 Venus Remedies, on May 01, 2013, announced signing of its deal with Korean pharma giant, Goodwills Co for exclusive marketing rights of Elores, a novel Antibiotic Adjuvant Entity. The research based global pharmaceutical company headquartered at Panchkula (Haryana), has inked this deal after grant of patent by Companies and Intellectual Property Registration Office (CIPRO) from Republic of South Korea.

South Korean major is planning to launch this product in mid of 2014 post regulatory approval from Korean FDA for which the dossier is already under evaluation. Bridging clinical trial on Korean population are being conducted in 6 leading hospitals of Seoul, the capital city of South Korea.

Venus is going to supply Elores out of its state-of-art manufacturing facility at Baddi accredited with GMP from EU, PIC, TGA and many more. The Company has recently launched Elores in India and received an encouraging response. The Company is also in talks with international pharma companies in regulated markets for the strategic tie-ups for Elores.

Commenting on this development Mr Pawan Chaudhary, CMD, Venus Remedies said, "Patent grant from CIPRO is testimony to the merits of Elores and we are confident that our partnership with Goodwills Korea shall take our research product to its meaningful stage in South Korea. Goodwills will have exclusive marketing rights of the product till validity of its patent in year 2025 .

After Adcock Ingram, a leading manufacturer and distributor of healthcare product from South Africa, this is Venus Remedies second deal in a year for out licensing its research products.

Elores is an antibiotic product meant for multidrug resistant infections in ICU, specially in hospital acquired infection where the rise in resistance reported to the extent of >70% in Asia Pacific region. It is a novel antibiotic adjuvant entity (AAE) to combat antimicrobial resistance caused by ESBL producing strains, product is effective against Metallo betalactamases (MBL) producing pathogens which are not susceptible to most of the existing antibiotics. MBL's are the enzymes produced by resistant super-bugs like NDM-1 which makes them resistant to almost all antibiotics. This product is also unique in its way that it not only kills resistant pathogens (Bacteria) but also prevents the spread of resistance. Super-bugs acquire resistance by multiple mechanisms like cell membrane impermeability, efflux pump, producing enzymes like ESBL/MBL, Biofilm and Elores is the only product available that tackles resistance caused by all kinds of known resistant mechanisms as proved through global research as on date proved through clinical studies on >650 patients in 18 centers all over India and pre & post marketing surveillance studies across India , which has also indicated approximately 50% reduction in the cost of therapy and 70-80% increased cure rates in resistant cases as compared to conventional therapies being used.

Elores is the result of 10 years of relentless efforts of scientist at Venus Medicine Research Centre(VMRC). As per Dr (Mrs) Manu Chaudhary, Director- Research - VMRC, JMD Venus Remedies, "Infections caused by multi drug resistant gram negative microorganisms often fail to respond to last resort of treatment that is penems, resulting in prolonged illness and greater risk of death. Elores is addressing a huge unmet medical need and in South Korean market at such point of time, it can prove to be all the more significant for society at large".

The increasing prevalence of resistance among other gram negative pathogens to commonly used antibiotics is a major concern for entire Asia Pacific region. According to recent surveillance study in South Korea increasing prevalence to last resort drugs such as Meropenem and Colistin is drastic and has increased by more than 18 folds in last 3 years.

The overall pharmaceutical market of South Korea is approximately USD 20 billion, growing at CAGR 6.5%, out of which antibacterial market is around USD 2 billion , thus making it one of the largest segment. Elores is designed to address a 15% of this segment (near $ 300 million) where company is hopeful of capturing 15% market share within 3 years of its launch making it over USD 45 million product in South Korea .

Globally the systemic antibacterial market is set to reach approx 44 billion by 2016 and is growing with a CAGR of 7.2% . Elores is capable of addressing Multidrug resistant ESBL/MBL producing gram negative infections which constitute 25% of this market creating an opportunity of more than 11 billion in coming 5 to 6 years. Elores has patent for product, method of treatment and use protected from 45 countries including South Korea, USA, India and Europe.