Strengthening of regulation is an evolving process: Azad 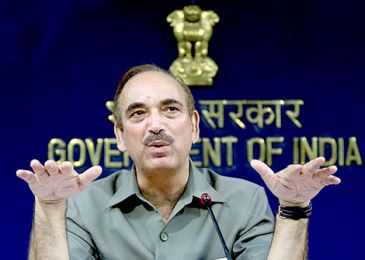 While the Health Minister thinks that things will improve, the industry sources tell us about their happiness with the DCGI functioning!

Replying to a query in the parliament on April 22, 2013, the Minister for Health and Family Welfare, Mr Ghulam Nabi Azad mentioned that the law making is an evolving process which takes care of the emerging situations through amendments or making of new laws with the passage of time. Mr Azad was talking in context of current regulatory environment in the country. The Minister also disclosed that the compensations paid for deaths in clinical trials in the country during the last two years range from Rs 50,000 to Rs 20 lakh.

Talking about the efforts put by the government to set the things right, Mr Azad said, "Drugs are permitted for manufacture and sale in the country only after due assessment of their safety and efficacy. The Drugs and Cosmetics Act, 1940 and the Drugs and Cosmetics Rules, 1945 have been amended as and when considered necessary. The government has also given due attention to strengthening of the drug control infrastructure of the country. As many as 216 additional posts in Central Drug Standard Control Organization (CDSCO) have been created since 2008."

The health minister mentioned that the central drug testing labs have been supplied with the new and sophisticated equipments. "A new centrally sponsored scheme for providing assistance to the States/ UTs for strengthening of States` drug regulatory system during the 12th Five Year Plan has also been initiated," he added further.