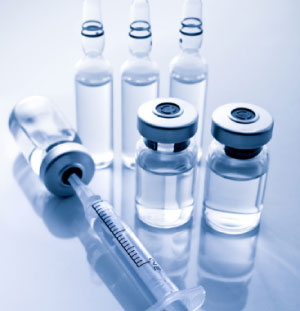 During the month of January-February, 2013, there are increased number of Influenza A H1N1 cases being reported across India, especially the states of Rajasthan, Haryana, Punjab, Union Territory of Chandigarh and Delhi. Total 708 laboratory confirmed cases have been registered and out of that 132 deaths have been reportedly confirmed.

As per the data for 2013 for states reporting more than 1 case/week, Rajasthan tops the list with 65 deaths out of reported 326 cases. The state is followed by Haryana that has witnessed 23 deaths out of 78 reported cases in the first month of the year 2013. In Punjab, there were 17 death cases from the 90 cases. Gujarat too saw 58 cases being reported and 16 confirmed deaths.

As predicted by World Health Organisation (WHO) which declared the pandemic to be over in August 2010, the influenza H1N1 pandemic virus seems to have taken on the behaviour of seasonal influenza virus and may continue to circulate for some years to come. Hence, in the post-pandemic period, localized outbreaks of varying magnitude with significant level of H1N1 transmission are expected.

The union health ministry has advised the states of Punjab, Haryana, J&K, Himachal Pradesh, Gujarat, Uttarakhand, Uttar Pradesh, Bihar , Jharkhand, Madhya Pradesh , Chattisgarh and UT Administration of Chandigarh to keep the medical response system in a state of preparedness to screen large number of patients and for managing those who require critical care. Also they have been asked to allow requisition for Oseltamivir tablets (anti-viral drug), Personal Protective Equipment and masks if required. Besides that the government agencies have been told to address media, both print and visual, for factual reporting that would alienate fears among the public.

As per the statement from health ministry, the request for antiviral drug (6,00,000 tablet), personal protective equipments and masks received from the state of Rajasthan was dispatched on Febrruary 09, 2013. The request for 1,00,000 Oseltamivir tablet received from government of Haryana is being processed by the central government while a stockpile of about 5.5 million doses of Oseltamivir has been maintained. The health minitry is also monitoring the situation on day to day basis.