The CVD-REAL study assessed data from more than 300,000 patients across six countries, 87% of whom did not have a history of cardiovascular disease 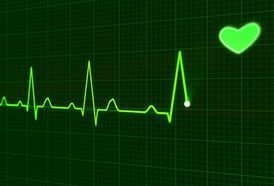 AstraZeneca announced results of the first large real-world evidence study of its kind evaluating the risk of hospitalisation for heart failure and death from any cause in patients with type-2 diabetes (T2D) receiving treatment with a newer class of diabetes medicines, SGLT-2 inhibitors (SGLT-2i).

The CVD-REAL study assessed data from more than 300,000 patients across six countries, 87% of whom did not have a history of cardiovascular disease. The data showed that across this broad population of patients with T2D, treatment with SGLT-2i medicines - Farxiga (dapagliflozin), canagliflozin, empagliflozin - reduced the rate of hospitalisation for heart failure by 39% (p<0.001) and death from any cause by 51% (p<0.001), compared to other T2D medicines. For the composite endpoint of hospitalisation for heart failure and death from any cause, the reduction was 46% (p<0.001).1

Dr. Anilda D'souza, Head of Medical Affairs, AstraZeneca India commented, "The newer SGLT2i class of medicines represents a significant advancement in treatment of type 2 diabetes. This real world study showed significant reduction in the rate of hospitalization and deaths associated with Cardiovascular diseases with the SGLT2i compared to other anti-diabetic agents. This data generated from a broad population of patients with type 2 diabetes exemplifies the clinical study results providing confidence to the broader physician community on the role of SGLT-2i class in diabetes care."

Worldwide, diabetes affects around 415 million adults, a number estimated to rise to 642 million by 2040 (1 in 10 adults).2 People with T2D have a 2-3 times greater risk of heart failure and are at an increased risk of having a heart attack or stroke, and some 50% of deaths in people with T2D are caused by cardiovascular disease.3,4,5

Dr. Sanjay Kalra, Bharti Research Institute of Diabetes and Endocrinology, Bharti Hospital said, "The CVD-REAL study data is as pertinent to India, as it is to the rest of the world. Use of SGLT2i is able to help improve not only glucose control, but also heart health. By reducing the risk of hospitalization due to heart failure, this class of drugs allows significant improvement in both quality, and duration, of life of people with type 2 diabetes."

Bruce Cooper, MD, Vice President and Head of Global Medical Affairs at AstraZeneca, said: "Diabetes is a growing epidemic worldwide, which is associated with significant comorbidities that contribute to an increased risk of costly hospitalisations and even death.6,7 Real-world data from this study provide striking evidence that the newer SGLT-2i class of medicines cuts the rate of hospitalisations for heart failure and death by approximately half. CVD-REAL is the first study to observe these effects of SGLT-2i treatment in a much broader and lower risk group of type-2 diabetes patients than previously evaluated in clinical trials."

This is the first of several comparative analyses of CVD-REAL. The collection of real-word evidence is ongoing and future analyses will be conducted using this dataset as well as data from additional countries. All the data for the study were obtained from anonymised real-world sources including medical records, claims databases and national registers. The analysis was validated by the independent academic statistical group at St. Luke's Mid America Heart Institute, Kansas City, US.