Why or why not: The dilemma for startup investors

The recent conviction of Elizabeth Holmes, Founder, Theranos for fraud has bought into limelight on why investors need to be wary about the money they are putting into 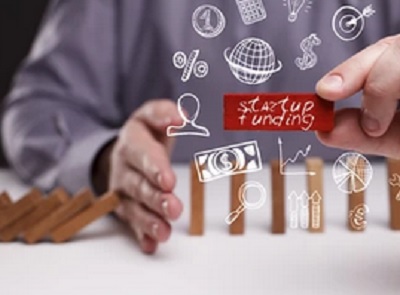 There have been tremors within the startup community worldwide with the latest Theranos scandal. Though startups are talking points these days and a lot of initiatives are being taken to promote them and investors putting in a lot of money to fund the startups, the picture is not so rosy and there may be valid reasons for investors to be wary enough.

Anil Joshi, Managing Partner, Unicorn India Ventures, "The biggest challenge any startup faces today is finding the right investor, while money is available in ample amounts, but getting the right investor at the right time is a big challenge. Today India is the most preferred destination for startup investment and many investors chasing the deals, this is a good problem to have but having unlined investors may detail startup growth."

According to Joshi, for investors, the biggest challenge is price, with so many investors chasing good investment results in increasing the valuation. Also in anticipation to close the round quickly there may be less time on diligence, which may lead to taking investment calls in haste.

Startup entrepreneur and founder of Theranos Elizabeth Holmes was convicted for defrauding investors. Holmes set up Theranos at the age of 19 and the USP of her product was the handy automated device that could carry out tests in a single drop of blood. And for this unique initiative, the startup was rewarded $6.9 million in early funding. Since then, her startup received millions of dollars in funding and big healthcare companies were optimistic about the startup. In 2014, Holmes was at the top of Forbes’ list of America’s Richest Self-Made Women with a net worth of $4.5 billion and the company was valued at $9 billion. It may be noted that in July 2015, the US FDA approved the ‘finger stick’ technology.

Things took a wrong turn when an investigation by the Wall Street Journal exposed the flaws in blood testing technology. In 2016, various federal agencies were looking into the company’s in and out and in 2018, US prosecutors charged Holmes with fraud and conspiracy.

Holmes initially denied the wrongdoings, however, according to the prosecutors, Holmes knowingly lied about the technology she said could detect diseases with a few drops of blood.

Runam Mehta, CEO - HealthCube says, “'Founders and even early-stage investors who are looking to get rich quick can start to chase valuation instead of creating value and this approach can spiral out of control very quickly. Oftentimes, it is tempting for founders to back their vision with cuts of data that are designed to be appealing to investors. It is critical for founding teams to find investors who can be thought partners - who buy into the vision, believe in your potential but who are also able to hold up a mirror to the shortcomings of the business and push you to do better. This needs honesty and trust on both sides.”