Genome India Project for North East launched In the North East, Whole Genome Sequencing (WGS) of over 2000 individuals spanning different ethnic and linguistic and socio-cultural sections of the North East states will be undertaken . 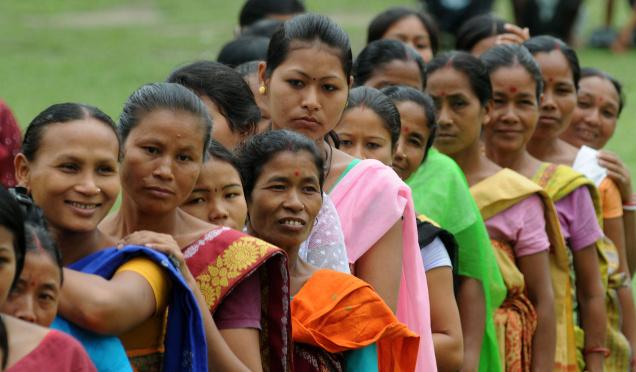 Genome India, a comprehensive data resource for population specific genetic variants which would enable development of personalized medicine with reduced side effects, a project for North East was launched here today at IBSD complex.

North East India is among the top 10 biodiversity hotspots of India and an interesting place to study human diversity.

The people of North East India have many things which are unique and the genetic diversity of the people is not well understood.

People spend huge amounts of money for their medical treatment and are thus left with very little money for household expenses.

In addition to that, old age related health issues are an additional burden.

This burden can be reduced by personalised medicine which can be achieved by use of the genetic information, said Prof.

This was attended by scientists from Indian Institute of Science (IISc) Bangalore, L.V.

The Genome India Project will also lead to a new understanding of the different ethnic groups of India, which is a country with the highest diversity of ethnic groups, and which puts India in a unique position for the mapping of the human genome, said Sahoo.

In the North East, Whole Genome Sequencing (WGS) of over 2000 individuals spanning different ethnic and linguistic and socio-cultural sections of the North East states will be undertaken .

This will help us to identify genetic disease burden of specific subsets of populations, which will have far-reaching implications in improving the healthcare landscape of this region.

In this process, IBSD will be actively collaborating with the Genome lndia initiative undertaken by the Centre for Brain Research at the Indian Institute of Science (IISc).

The objective of this initiative is to systematically document the genetic information from whole genome sequencing for thousands of Indian individuals belonging to different geographical location and diverse population groups across the country, to facilitate genome wide association studies at a cheaper cost in India for any genetic disease or trait.