The company appeals to other state governments to initiate similar interventions 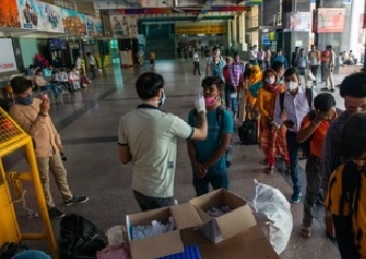 The Delhi government has issued revised rates of RT-PCR test and Rapid Antigen Detection Test (RAT) for COVID-19. The RT-PCR test for Covid-19 will now cost ₹300 in the national capital when the samples are collected by government teams, according to an order issued by Delhi’s health and family welfare department and Rapid Antigen Testing (RAT) will also cost ₹300. Furthermore, charges for collection of samples for RT-PCR test through home visits (including all charges-visit, samples collection and testing) have been capped at ₹700.

Sharing his viewpoint on this revolutionary move, Anubhav Anusha, Global CEO and Founder of GeneStore and PathStore France, said, “We at PathStore congratulate the Delhi Government for making RT-PCR testing accessible to people. For the first time in the history of diagnostic testing the pricing of a RT-PCR test is equally matched to that of Rapid Antigen Testing. This unique situation now allows patients, especially those from economically weaker sections, to afford and choose gold-standard RT-PCR testing over the less sensitive Rapid Antigen Test (RAT). Furthermore, the revised pricing strategy is a revolutionary move and will save the Delhi government and the citizens of Delhi approximately Rs 1000 crores annually based on current testing volumes. This move by the Delhi Government will bring about a much-needed price correction in the market and will be a trendsetter in the nation."

Anusha added, "Having launched PathStore RT-PCR testing at the same price last month, we as a brand are completely aligned with the government policy and look forward to extending our support to the state administration. We hope other state governments will appreciate the precedent set and would introduce similar interventions in their respective states.”