Diabetes is a progressively increasing worldwide health problem that is causing a huge burden on all healthcare systems and thereby on the world economy in general. Type 1 diabetes (T1D), traditionally termed ‘juvenile diabetes’, because of its onset at an early age, accounts for 5-10 per cent of the diabetic population. A serious disease, T1D is often caused by the autoimmune destruction of the insulin-producing beta (β) cells of the pancreas. Insulin injection, which is the predominantly used treatment for T1D, is effective in ameliorating hyperglycemia. However, it cannot relieve the underlying cause (autoimmunity), nor can it help regenerate lost islets. Islet transplantation, an experimental treatment for T1D, also suffers from a limited supply of human islets, which is further exacerbated by poor immunocompatibility. 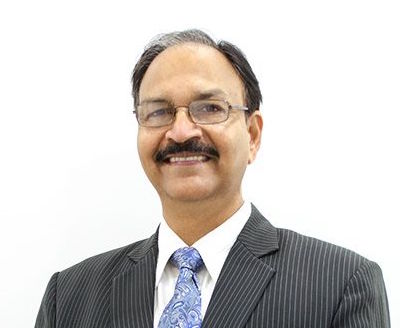 Recent advances in regenerative medicine – especially stem cell therapy – have suggested several novel and potential cures for T1D. Mesenchymal stem cell (MSC) based cell therapy is among one of them. BioSpectrum in a quest to understand more about the stem cell-based therapy for diabetes interacted with Dr Anand Srivastava, Chairman and Co-Founder, Global Institute of Stem Cell Therapy and Research (GIOSTAR), headquartered in San Diego, California (USA).  Srivastava shares with BioSpectrum India,  his knowledge about the application of MSC in treating diabetes and the status of stem cell therapy in India. Edited excerpts;

Could you outline a few therapeutic outcomes of MSCs in diabetes?

What is the status of this research and application in India?  Is indigenous research paving the way for treating Indians in a cost-effective manner?

India has not been proactive in pursuing stem cell science, with an overly cautious approach. The country’s regulatory agencies are not taking full advantage of this innovation, which has the greatest potential for tackling numerous currently untreatable metabolic diseases. I strongly suggest that the Indian scientific community take the lead in the field of stem cell science, and avoid 'playing it safe' in advancing this promising discipline.

Can digital technologies support this therapy in any way?

Digital technology plays a strong impact on every facet of life, including medical sciences. Stem cell science is a fast-growing field and can provide effective therapeutic responses to several metabolic and degenerative diseases which are untreatable. It is very important to share the original research findings of scientists working around the world among Indian scientists and clinicians. Digital and information technologies are essential for the quick dissemination of scientific data, to further progress stem cell science and enable its clinical application. Digital technology also plays an important role in maintaining the quality of experimental design and uniformity of production of scientific data around the world, this is essential in ensuring a credible outcome for stem cell science.