Improved health budget allocations, sensitization of the health authorities and policy makers toward the burden of genetic diseases, inclusion of genetics in medical curriculum and fostering awareness amongst medical practitioners from other fields are important steps 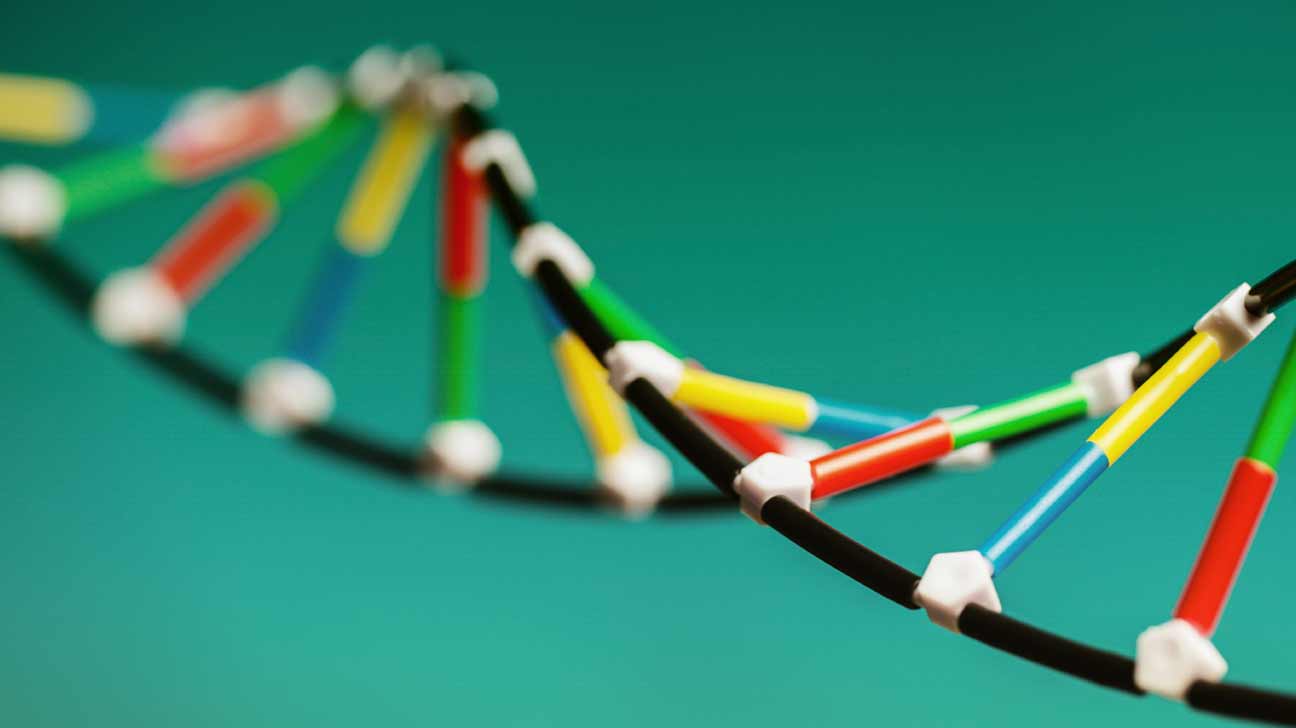 India is a vast nation with a huge population which is growing with a rapid pace. The scale at which this country’s population is growing, it invites many health hazards and one most common among them is genetic disorders or most commonly known as inherited diseases. There are many reasons behind these inherited diseases such as large population, high birth rate, consanguineous marriage favoured in many communities tec. An estimated 495,000 infants with congenital malformations, 390,000 with G6PD deficiency, 21,400 with Down syndrome, 9,000 with β-thalassaemia, 5,200 with sickle cell disease, and 9,760 with amino acid disorders are born each year. The prevalence of late-onset multi-factorial disorders (including coronary artery disease, hypertension and psychiatric disorders) is also large. Due to inadequate diagnostic, management and rehabilitation facilities, the burden of these disorders is greater than in Western countries.

Interestingly, though these genetic diseases are spreading their web across the country, but still they receive very less amount of attention from the health services. Apart from that, research funding by the government on these diseases is also not at a satisfactory mark. Community control of common disorders like thalassaemia, Down syndrome, neural tube defects, and muscular dystrophies deserves high priority, and genetic services should be integrated into the existing primary health care and medical services.

Thalassemia refers to a spectrum of genetic blood disorders, which involves the absence of or errors in genes responsible for production of haemoglobin -- a protein present in the red blood cells in the body. People with thalassemia produce lesser amounts of healthy haemoglobin throughout their life, and their bone marrow could even stop producing healthy red blood cells at a certain point in time. This leads to the presence of defective red blood cells (RBCs), which cannot absorb oxygen, leading to weakness, fatigue and anaemia.

Shedding some light on the Thalassemia, Dr. Anil Kumar Dhar, Sr. Consultant- Oncologist, Venkateshwar Hospital, Delhi Said, “Contrary to existing myths in our society, thalassemia is never acquired from contact or from the environment. Thalassemia is inherited, meaning that at least one of your parents must be a carrier of the disease.”

“Both thalassemia major and minor can now be diagnosed as well as differentiated not only by conventional clinical methods and blood testing, but also with specialised molecular tests which permit accurate diagnosis, even before the baby is born. As per clinical evidences, if you or your partner carries the trait (alpha or beta) for thalassemia, there is a high risk that your baby may inherit the disease,” said, Dr. Amitabh Gosh, Physician, Columbia Asia Hospital, Gurugram.

On the similar line, another genetic disorder which is very common around the globe is stammering. Genetic studies have been done in other countries and it showed that certain genes in our chromosome contribute to stammering. Stammers after a period of time lose their confidence as the environment around them doesn’t support their ailment. In order to boost their morale and inject them with positive energy, The Indian Stammering Association (TSA) was established in 2008 in Mumbai.

“All stammers have perfect clarity in their minds about what they want to say. It is when it comes to speech that they get stuck and have a problem. This can be addressed by meeting like-minded people and sharing experiences,” said S Rekha, Teaching Assistant, SRM University.

Almost all known reported genetic disorders are found in India. Medical geneticists as well as clinicians from other fields have been reporting such cases in the medical literature since their delineation. However, the data has been from limited institutions or individuals and nationwide prevalence of most disorders is not known. Beta thalassemia is the most common genetic disorder and has a carrier frequency of 5–17 per cent with some population groups having even higher carrier rates (Colah et al. 2008). Most of the genetic centers in India initiated their molecular diagnostic laboratories by establishing genetic testing of beta thalassemia and data of mutation spectrum from various states and population groups is available (Varawallaet al. 1991; Agarwal et al. 2000; Das et al. 2000; Colahet al. 2009; Sinha et al. 2011). The pan-ethnic genetic conditions such as Spinal Muscular Atrophy and Duchenne Muscular Dystrophy have prevalence and carrier rates similar to worldwide prevalence. Common genetic disorders like Hemophilia, Achondroplasia, Huntington disease, Lysosomal store disorders, and many others have been reported in large numbers from all parts of the country.

Training programs in Medical Genetics are available currently in four centers in the country. Of these a 3 year residency program at Sanjay Gandhi Post Graduate Institute of Medical Sciences (SGPGIMS), Lucknow has been the oldest one currently running in its 28th year and has the distinction of being the only such program in an academic institution under the Government of India. Other programs are shorter courses of 1–2 years duration in private institutions. The Department of Medical Genetics at SGPGIMS, Lucknow also holds a 2 week long program every year for clinicians.

It is aimed at training clinicians, medical college teachers, postgraduate students, and private practitioners in basic genetics an approach to common genetic problem using diagnostics and genetic counseling. This is a very popular program and is supported by Indian Council of Medical Research for more than 10 years. Many other centers have been organizing seminars and workshops in genetics and most of the medical conferences have improved the coverage of genetics related topics in their scientific programs. Medical Council of India has been taking actions to upgrade genetics curricula in undergraduate and postgraduate medical courses. Besides these, there have been in recent years commencement of 1.5 year programs for laboratory geneticists at the Centre for DNA Fingerprinting and Diagnostics, Hyderabad under the aegis of Society for Indian Academy of Medical Genetics.

A masters course in genetic counseling started recently in Medical Genetics department of Kasturba Medical College, Manipal is the first step in creating much needed trained genetic counselors trained in clinical settings. Shortly, a 3 year residency program under the National Board of Examinations is scheduled to start in three centers in different parts of the country. The Society for Indian Academy of Medical Genetics has come into existence since the year 2012 and has brought together the Medical and Clinical geneticists across the country. The academy has been conducting monthly teleconferences furthering exchange of interesting clinical and research data among different centers. The academy also has a quarterly publication Genetic Clinics where interesting cases and latest advances in the field are published with an aim to reach out to doctors from other fields. The Indian Society of Human Genetics has also been active in popularizing basic scientific research in genetics through its yearly meetings and an indexed journal, the Indian Journal of Human Genetics.

Asoke Talukder, Co-founder & Chief Scientific Officer, InterpretOmics, Bengaluru said, “We all have changes in our genes, and the carrier screening test allows us to find out whether they could cause a disease in our children. 20 per cent of infant mortality in developed countries is caused due to genetic disorders. Igenomix would provide a key platform for screening the risk of transmission of genetic disorders to your unborn.  Till yet Igenomix has analyzed more than 7,500 samples and screened 6,000 mutation in 600 genetic disorders.”

“In March 2006, research carried by the March of Dimes Birth Defect Foundation reported the birth defect pervasiveness in India as 64.4 over 1000 live births.  One out of every 20 newborns admitted to the hospital carries a genetic disease that eventually accounts for nearly one out of 10 infant mortality. In the regions with more congenial marriages, congenital abnormalities and genetic disorders are the third most common cause of mortality in newborns. Nevertheless, it is crucial to prevent the birth of a child with genetic disorder thus reducing the risk,” Talukder added.

“Many of these conditions require life-long therapy and support, remaining potentially incurable. Others like lysosomal storage disorders and various inborn errors of metabolism have highly expensive treatment modalities. The support groups for hemophilia and thalassemia patients have been in active existence since many years and have been instrumental in state sponsored treatment for these disorders in many regions of India,” stated Talukder.

S Rekha informed that organization for rare diseases has recently been established. Along with facilitating availability of medical facilities, the patient support groups’ activities are surely bringing hope for these patients and their families and are ensuring that they receive appropriate attention from the policy makers.

Shedding some light on the need of the hour for genetic disorders, Dr.  Dhar said, “Improved health budget allocations, sensitization of the health authorities and policy makers toward the burden of genetic diseases, inclusion of genetics in medical curriculum and fostering awareness amongst medical practitioners from other fields are important steps required for this purpose. Screening programs like newborn screening, thalassemia prevention and down syndrome screening need to be implemented by government rather than current pattern of private providers.”

There is an urgent need to spread awareness among the people about these diseases also, skills of medical staff that is the part of district medical school and hospitals should be sharpen up through proper counseling and training on such ailments. To ensure future progress, there is a need to establish additional departments of medical genetics in medical schools