Biosimilars - the next emerging frontier

Biosimilars - the next emerging frontier 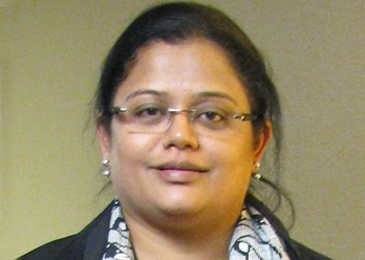 The first generation of biological therapeutics were developed in the 1980s. The global biological market represents one of the fastest growing sectors in the healthcare industry. With the end of the year 2012 and exclusivity period of most innovator biologics fast approaching, around $79 billion worth of innovator biologics are estimated to go off patent in 2015.

The global market for generic substitutes for original biologics is expected to grow to $10 billion by 2015. This surge can be attributed to the growing preference to targeted therapies, some of which have greater benefits over conventional drugs. However, unlike the conventional generic drug molecules, the complexity of the product coupled with lack of any knowledge on the innovator's clone, differences in the breakdown products and potential immunogenicity issues, pose serious challenges in introducing a generic equivalent.

The European Medicines Agency (EMA) has been very proactive in providing guidelines and creating a format for the approval of biosimilars.

In the US, the Biological Price Competition and Innovation Act (BPCIA) provides a framework for biosimilar approval. The USFDA has approved a few biologics through New Drug Applications (NDAs) and a few Follow-On Biologics (FOB) as Abbreviated New Drug Application (ANDA) under the Federal Food, Drug and Cosmetic Act (FD&C) 505(b)(2) category; a rapid approval route. The FDA here relied on the safety and effectiveness of the reference product and not the applicant product. For instance, Sandoz's Enoxaparin and Amphastar's Enoxaparin were approved by demonstrating the similarities between the generic and innovator products.

Currently, the Indian scenario is such that, there are around 25 companies reported to be operating in this niche area. The $338 million industry is growing at a CAGR of 30 percent since 2008. Indian companies enjoy low infrastructure costs for development and have an admirable scientific talent.

The recent guidelines in India provide in detail the regulatory requirements for the marketing of similar biologics in India. Right from the host cell line, fermentation process and purification, quality based considerations, toxicity data, preclinical studies and clinical studies, there is a set of mandatory standards, which manufacturers have to abide. Apart from the evaluation of safety and efficacy studies with the innovator or reference product, there is special focus on immunogenicity studies. These guidelines echo the emphasis by EMA and USFDA guidelines. However, with respect to reference products, the EMA guidelines have no provisions for non-EMA licensed reference products, whereas the USFDA does consider if adequate data or information can scientifically justify similarity in case of a non-US licensed product. Indian regulators have been accommodative in permitting the use of reference products if they have been granted marketing approvals in countries with well-established regulatory systems like the EMA and the FDA.

Around 85 percent of the world population resides in countries where the regulatory guidelines are not well defined. These emerging markets with a huge unmet need have their own local guidelines for manufacturing and developing biosimilars. Although there is a similar thread running across all the guidelines issued by EMA, FDA, and the regulators in Australia, Canada and Japan, a strategic partnership between the well regulated countries and the emerging markets could augur well for the development of global biosimilars.