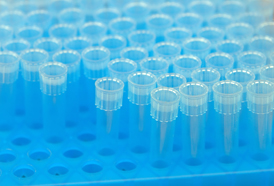 In the global business warfare, every country has created its own niche. While China is known for its manufacturing competency, the US for its technological leadership, India in the last two decades has been able to make its mark on the global map through its IT services revolution. Going forward, India is advantageously positioned in the biotech sector and has immense potential to become the new global leader in the next decade, if it takes the right steps.

India is already ranked among the top 12 biotech destinations worldwide and third largest in the Asia-Pacific region. The industrial biotechnology market accounts for approximately four percent of the biotech industry, mainly comprising of industrial enzymes that clocked Rs625.94 crore in 2010-11, growing at a rate of 10.98 percent for 2010-11, as against Rs564 crore in 2009-10. Although, enzymes have been used for more than 50 years in the detergent, textile, food and feed industries, Indian industrial enzyme market is at nascent stage with a marginal share in the global market. However, it is ready for the next leap as it is forecasted to grow at a CAGR of 15 percent till 2015.

While the majority of the companies in India have started to acknowledge the benefits of the biotech solutions, most of them are still reluctant to change from the traditional practices. Cost has been seen as a major barrier in the adoption of new technologies, which is not always the case, especially in the long run.

The other bottlenecks are regulatory approvals. While there is a big effort from the regulatory authorities to make the regulatory frame work in line with international best practices, the approval process still remains cumbersome. This makes it difficult to implement innovations and commercially launch new products for the benefit of the industry.

However, this perception seems to change to positive momentum for the segment as the industry realizes the effectiveness of the solutions in their businesses.

The adoption of sustainable technology is still low in India as compared to some other developed countries. Unlike Europe, where voluntary codes are self-adopted by the industry, it takes longer in India to make companies realize the long-term benefits of the technology. However, the government is taking positive steps to facilitate the adoption of the technology, keeping in mind the impending resource crunch that can hamper growth.

The government has provided a major thrust to this sector and has come up with progressive regulations and policies to further enhance its impact. Going further, the biotech industry in India will be faced with complex regulatory challenges and decisions as the market further matures. Therefore, in order to enable a quantum leap for the industrial biotech industry, it is crucial that the government not only comes out with new regulation in line with the international standards but also makes the approval process faster and simpler.

Some of the biotech solutions, such as 2G Ethanol, that will help reduce our dependency on fossil fuels, creates job opportunities and ensure inclusive growth, need proactive financial support and involvement from the government.

The Indian industrial biotech industry has laid a good foundation and is on its way to become a global player. No doubt there are always challenges for persistent success in a developing country, however, we can reap the benefits of this opportunity, only through firm strategies, active industry-academia participation, and most importantly proactive policies of the government.