The hurdles, developments around genetic testing in India

Thanks to 21st-century technology, genetic testing and screening is available at the click of a button 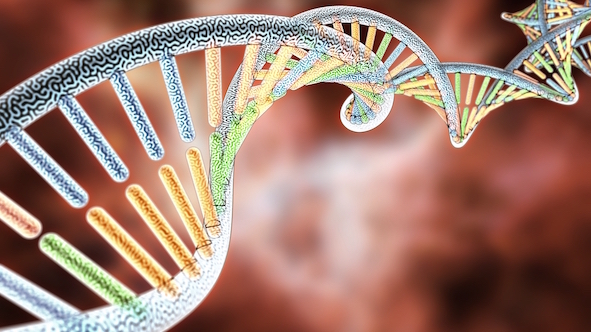 Imagine this-you are sitting at the counsellor’s office staring blankly at the walls in front of you pondering upon the possibility of being one of the many carriers or sufferers of cancer. Your eyes squint as you trace your family history trying hard to remember which one of your four aunts had the breast cancer mutation. What if I’m the next you think to yourself as you wait for the test. The door opens and you spot the genetic counsellor. Time to learn about genetic screening.

The 2020 genetic study conducted by the Union Ministry of Health and Family Welfare in India suggests that an average of 8 crore people in India suffer from a rare disease which is a broad term that refers to disorders originating from genetic causes. From sickle cell anaemia to muscular dystrophy, we have got it all.

According to Dr Seema Kapoor, a paediatrician at Maulana Azad Medical College, New Delhi, these high numbers may be a result of the consanguineous marriages in several Indian communities giving rise to millions of individuals from the same ancestral line suffering from single-gene disorders.

But fear not, thanks to 21st-century technology that makes genetic testing and screening available at the click of a button. The development of new sequencing technologies helps to screen expectant mothers early in the game to detect any defects in the offspring through prenatal testing. For instance, in India, about 9000 kids are born with an inherited blood disorder thalassemia.

To combat this, a thalassemia screening test has been developed which is an advanced genetic test conducted to assess whether the expectant parents are carriers or suffers from the disorder. This test checks for all hemoglobinopathies such as sickle cell disease, hereditary fetal haemoglobin or alpha, beta or delta thalassemia.

Dr Harsh Vardhan, Union Minister for Science and Technology launched the “Thalassemia Screening and Counselling Centre” at the Indian Red Cross Society National Headquarters in 2020 to prevent this disease from taking a disastrous turn.

Similarly, for another genetic disorder called Down syndrome, a non-invasive prenatal test also known as NIPT is a sensitive screening mechanism that encompasses a simple blood test that evaluates the DNA qualities of the foetus that has made its way into the mother’s bloodstream. This test is not only simple but also yields accuracy in 99 per cent of the cases. Furthermore, it involves chorionic villus sampling in which a needle is used to extract fetal cells from the placenta to isolate the chromosomes to check for any abnormalities. This testing is carried out in almost every Indian metropolitan city.

Recently, MedGenome, a Bengaluru-based company has launched the Genssense platform that offers specialised, evidence-based genetic screening tests that can be ordered online.

Lilac insights, based in Mumbai, has formulated a non-invasive chromosomal screening. This technology detects abnormal aneuploid embryos, preventing the transfer of such embryos during IVF thereby preventing chromosomal abnormalities in the foetus such as Down’s syndrome.

However, despite all this sophisticated technology why are many cases still locked and awaiting screening and treatment?

The answer to this lies in the state of genetic testing in India- the cost of screening is expensive and the process painstaking and less than efficient barely guaranteeing an accurate prognosis. This might be due to the fact that we Indians have not yet developed genetic screening tests for the indigenous population but are still reliant on European tests which are not specific to Indian natives and so fail to catch the intricacies of the matter.

A genetic panel screening test is developed when scientists identify mutants in a specific population hence European DNA screening might be ineffective because certain genetic mutations are only found in the Indian population and vice versa in the European natives.

The situation demands a pan India genome sequencing technique that will extensively focus on mutants found within the geographical boundary. Other than that, the rare nature of genetic disease results in a small patient population for clinical trials. On top of that, genetic information adds a veil of complexity and errors in interpreting results could lead to misinformation being conveyed to patients and their families.

In recent times, genetic testing has shifted from being a preventative test to a personalised medicine regime of modelling complex genetic diseases and developing targeted gene therapies. The human genome project has been a milestone in genetic research and findings from the project have helped genetic counsellors to formulate personalised risk evaluations for patients.

Serena Malik is a freelance writer from Mumbai