The cornerstone strategy in TB control

The biggest need of the hour is a rapid, easy-to-perform diagnostic using non-sputum samples to accurately diagnose all forms of TB 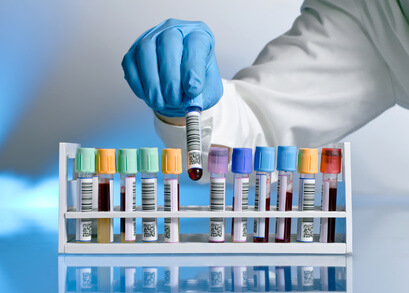 Tuberculosis (TB) caused by Mycobacterium tuberculosis, is a global epidemic with more than 9 million people affected and 25% of the population having latent TB. With timely diagnosis and treatment, TB can be cured and its transmission curtailed.

The cornerstone strategy in TB control is quality assured diagnosis. The testing landscape has rapidly evolved in the past decade with the World Health Organization (WHO) endorsing seven new TB diagnostic tools from 2007 to 2013. Industry reports estimate that in 2018 the global TB diagnostic market size was $2040 million. It is projected to grow at 3.9% CAGR to reach $2770 million by 2025. There are several novel technologies like host biomarker-based assays in the R& pipeline to address the unmet diagnostic needs for TB detection and characterization, especially in high burden, developing economies. Countries like China and Brazil offer tremendous market opportunities because of national focus on TB control, increased investments in new technologies and booming economies.

Compared to other BRICS nations, India has a significant private sector involvement with an estimated two-thirds of the TB burden and 50% of the diagnostic procedures handled by them. RNTCP has devised an extensive laboratory network and endorsed WHO-approved diagnostic technologies including smear microscopy, Xpert MTB-RIF assay, line-probe assay (LPA), solid and liquid culture and drug susceptibility testing (DST). TB diagnosis is aided by imaging modalities for chest screening like X-rays and CT scan to detect lung abnormalities, done in clinical or hospital settings.

Sputum smear microscopy (SSM) conducted at peripheral microscopy centers is a rapid and reliable method for diagnosing pulmonary TB. However, it has low sensitivity and cannot detect extrapulmonary or drug-resistant TB. As of 2013, sputum microscopy volumes represented 88.9% of all tests in the public sector, and 62.4% of market value, making it the largest contributor in terms of both size and value. Emergence of newer diagnostic tools plummeted SSM share to 64.5% of test volume and 25% of market value in 2015.

Traditional culture assays continue to be used in laboratories for confirmatory evaluation. However, these take up to 8 weeks for culture growth and drug susceptibility determination. Culture assays account for less than 10% of the total volume of TB diagnostic tests in India.

Tuberculin skin tests have seen a steady decline with variable host responses and a lack of conclusive evidence of infection.  Till 2012, a wide spectrum of serological, antibody-based and ELISA tests were prevalent for tuberculosis. WHO’s negative policy recommendation in 2011 prompted the Indian government to ban commercial TB serological tests in 2012. Molecular diagnostics became the go-to strategy. In 2013, molecular tests (Xpert and LPA) accounted for 17.1% of the total public sector market value.

Line probe assays (LPAs) employ DNA based strips for detecting M. tuberculosis and resistance to isoniazid and rifampicin. LPAs are more sensitive, technically complex, have higher turnaround time and designed for use in reference or regional laboratory settings. Currently, Hain Genotype MTBDRplusV1, MTBDRplusV2 and Nipro NTM+MDRTB are widely used across the private and public sectors.

In 2010, WHO endorsed the Xpert® MTB/RIF (also called GeneXpert), a rapid nucleic acid amplification test that detects tuberculosis as well as rpoB mutations associated with rifampin resistance. With a turnaround time of 2 hours, it outperforms other TB diagnostic technology in speed and accuracy.

The cost and infrastructural limitations of Xpert® system have amped up development for cheaper, point of care alternatives.  Bengaluru based company  Molbio Diagnostics has come up with Truenat MTB™, a chip-based real-time micro-PCR to evaluate individuals for pulmonary TB and drug susceptibility. With diagnostic accuracy comparable to that of GenXpert, this low-cost, portable battery-powered testing platform is ideal for use in decentralized peripheral settings with resource constraints.

With a large affected and vulnerable population, India is a huge market with a demand for advanced diagnostics to detect TB, multi-drug resistant TB (MDR-TB) and Extensively drug-resistant TB (XDR-TB). The biggest need of the hour is a rapid, easy-to-perform diagnostic using non-sputum samples to accurately diagnose all forms of TB. A community-based triage tool is essential for large scale screening of vulnerable groups (HIV affected, children) that can be used by front line health workers. This aligns with the dream of initiating point of care and personalized therapy for TB positive patients and reducing mortality.