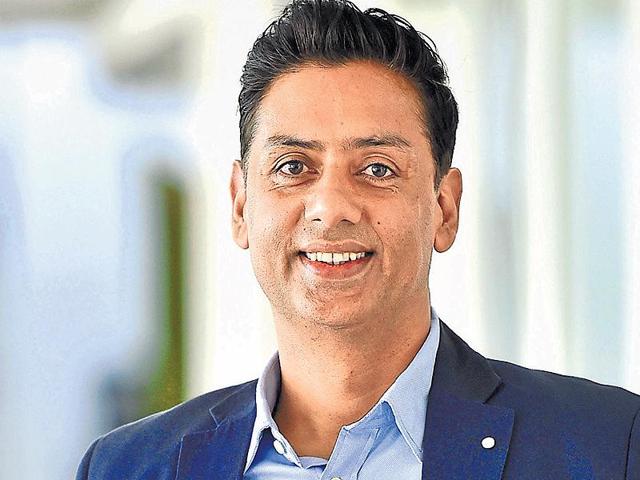 Even as we work scrupulously to reduce malnutrition, check the country’s infant mortality rate and ensure wider coverage of immunization, a silent killer is quietly sucking the life out of the children. An analysis of the Global Burden of Disease study 2017 shows that a child dies in India every three minutes because of inhaling toxic pollutants in the air. Estimates show that as many as 1.95 lakh children lost their lives due to air pollution-related diseases in 2017.

Statistics have repeatedly proved that Delhi’s air is indeed the most toxic in the world. Not just Delhi, 14 Indian cities feature in the list of the world’s top 20 most polluted cities. Even smaller Indian cities such as Kanpur, Agra, Gaya and Varanasi feature in this notorious list. According to a study by the Energy Policy Institute at the University of Chicago (EPIC), India’s dreadful particulate pollution shortens the average Indian's life expectancy by more than four years. For a resident of Delhi, average gain in life expectancy could be up to 10.2 years if the WHO guidelines on air quality are met. According to the Global Burden of Disease study, the annual average for all India fine particulate PM 2.5 concentrations increased by 25% between 1998 and 2015. Worrisomely, over 660 million Indians live in areas that flouting the standards of safe exposure to PM 2.5.

If this is not a health emergency, nothing else is. It is evident that air pollution has emerged as the single most hazardous threat to the health of Indians -- especially children whose underdeveloped lungs put them at severe risk of respiratory disorders.

Breathing in a gas chamber

Contrary to popular belief, exposure to toxicants in the air is not only associated with respiratory disorders but has wide ranging and dreadful implications including increased risk of cardiovascular diseases, neuropsychiatric complications, skin diseases, as well as cancer. Air pollution is also considered as an environmental risk factor in the incidence and progression of diseases such as asthma, lung cancer, autism, Alzheimer's and Parkinson's diseases. In short, air is the new tobacco.

A study conducted by international researchers estimated that air pollution was responsible for about 10,000 to 30,000 deaths in Delhi every year, mostly from heart attacks and strokes.

Another research by Delhi-based CSIR-National Physical Laboratory (NPL) found that aerosol pollution over Delhi had in recent years significantly reduced the ultraviolet radiation over the capital’s atmosphere, and might be contributing to severe vitamin D deficiency among the populace.

In 2013, China witnessed its worst smog, often referred to as the ‘airpocalypse of 2013’. Realizing the health costs of toxic air, China evolved a national working strategy to fight pollution and put forth some radical measures including a nationwide cap on coal use. Traffic restrictions have been in place in Beijing since much earlier. During the Olympic Games, Beijing also implemented a strict odd-even scheme. The impact of these strict measures has been positive. A study by Greenpeace East Asia found that concentrations of PM 2.5 were 54% lower in the Chinese capital during the fourth quarter of 2017 than during the same period of 2016. Similarly, PM 2.5 concentrations in 26 cities across northern China were one third lower. Interestingly, in Xian city of the Shaanxi province a 100 m high air purification tower is helping improve air quality around an area of 10 square kilometres. China’s example shows that a strong political will can help achieve significant improvements in air quality even in a relatively short duration of time.

What we need to do with urgency

Raise awareness about the health implications of air pollution

In the psyche of most common people, air pollution is more of a nuisance than a health hazard. We need to change this perception and ensure people consider pollution what it is – a dangerous health hazard. Much like the health advocacy against tobacco and smoke, we need to have large scale awareness drives to educate people about how air pollution can kill. This will not only help bring about  change in attitudes but also enable people to take preventive measures such as installing air purifying devices in homes and cars, planting air purifying plants in their vicinity and reducing their own carbon footprint.

Putting the entire blame on government policies is futile and hypocritical at this hour. This emergency requires as much effort from the government as from the individual. It is not enough to bring your exercising equipment from outdoor to indoor or to use face masks while stepping out. As individuals, we must all endeavor to cut our carbon footprint and bring about a change in mass behavior. Cutting use of private vehicles for short distances in favor of walking or cycling, using public transport more often and resorting aggressively to carpooling are measures we can adopt in our daily lives. If you are buying a new car, go for an electric or hybrid vehicle rather than one powered by petrol or diesel. Schools should also teach children about the need for turning to green ways of commuting.

Get rid of polluting vehicles

The good news is that we are shifting towards blanket adoption of Bharat Stage VI norms with the Supreme Court ordering an April 1st, 2020 deadline for the same. BS VI norms can bring particulate matter in diesel cars down by a whopping 80 per cent while reducing nitrogen oxides from diesel cars by 70 per cent and in petrol cars by 25 per cent. However, we need more widespread measures to shift to clean alternative fuels and phasing out diesel and petrol cars must be a medium term target. Shifting to gaseous fuels such as CNG and Auto LPG on a large scale is necessary in the short term as electric vehicles have a long gestation period.

We have some interesting examples from across the world on how progressive governments helped push commuters towards clean transport options by rewarding and incentivizing them. France, Belgium and Luxembourg are paying their citizens for cycling to work. Measures such as cycling reimbursements based on kilometers cycled, income tax breaks for buying bikes or mobility vouchers are measures that have incentivized a large number of citizens in these countries to jettison private vehicles in favor of bicycles. Similarly, Scotland offers interest-free loans to buyers of electric cars. Indian cities can do well to learn from some of these examples to bring about change in consumer behavior.