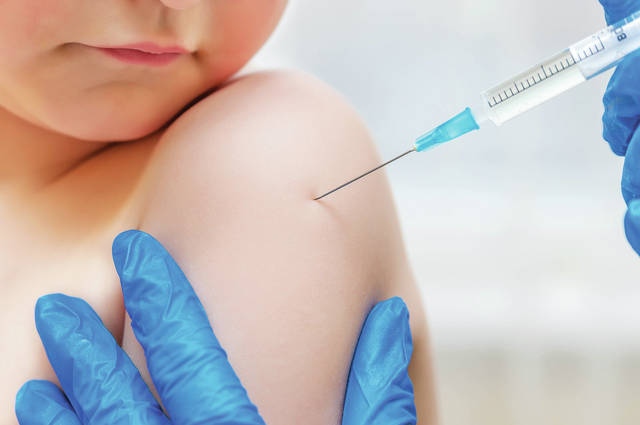 It has been more than five decades since vaccinations were introduced and their importance cannot be overstated. They have helped to protect the human race against infections, and even cancer. According to the World Health Organization (WHO), immunization is estimated to avert 2 to 3 million deaths every year with its targeted strategies and proven mechanism.

Children in particular are most vulnerable to seriously crippling and fatal ailments like influenza, pneumonia, polio, diphtheria, pertussis (whooping cough), tetanus, mumps, measles, rubella, Meningitis, Hepatitis, Chicken Pox, and Tuberculosis among others. Each year more than 5 lakh child deaths occur in India due to vaccine-preventable diseases. To add to this serious concern, 1 in every 3 children still remains unimmunized today. It hence becomes critical to ensure that parents adhere to the recommended immunisation schedule for children.

Vaccines work by kick-starting the body’s immune system by introducing a foreign agent (inactivated bacteria or a virus that cannot reproduce and cause symptoms) into the body. This vaccinated agent is good enough for initiating an immune response, but does not have the potency to cause an actual infection. Once immunized adequately by the vaccine, when the immune system encounters an actual  disease-causing agent, its memory cells kick in immediately in controlling the infection by producing antibodies. Without vaccines, the body’s immune system may take up to several days to immunologically respond as required; in the meanwhile the infective organism plays havoc inside the body, which may often prove fatal or cause severe and permanent complications.

Infants and young children who do not adhere to immunization schedules or take it incompletely, are at risk of developing various diseases. Apart from risking their own health, other children are also placed in peril as the diseases may be spread in play groups, child care centres, classrooms, or communities. In the case where a child falls behind the recommended schedule, a catch-up immunization schedule can be provided by the child’s paediatrician. Any discrepancy in this aspect can possibly lead to conditions such as paralysis of limbs, hearing loss, convulsions, brain damage, or even death.

The immunization programmes launched by the Government of India since the last three decades are testament to the critical nature of timely vaccination. The Universal Immunisation Program

(UIP) in 1985, a modification of the Expanded Programme of Immunisation (1978), was aimed at preventing seven fatal ailments including polio, diphtheria, pertussis, tetanus, mumps, and measles. It is safe to say that the free vaccines provided to the entire population since then have been a success as India was declared ‘Polio free’ by the WHO in 2014. The UIP has now listed 12 vaccines for children up to five years of age.

Despite this, the UIP has been able to fully immunize only 65% children during the first year of their lives. Some reasons for this include myths and lack of knowledge about vaccination which prevents people from utilizing the benefits of this health intervention. As per government regulation, it is now mandatory for every hospital and primary healthcare centre to conduct regular immunization once a week. ‘Multi-Purpose Health Workers’, and ‘Social Health Activists’ go about promoting and canvassing the benefits of immunization programme among rural communities as well.

The Government of India further launched ‘Mission Indradhanush’ to reenergise UIP in 2014. Under this, they intend to ensure full immunization with all available vaccines for infants up to two years of age as well as pregnant women. The completion of four phases of the programme has resulted in the immunization of about 2.53 crore children and 68 lakh pregnant women till August 2017.[1] Their aim was to achieve at least 90% coverage by 2020. The launch of Intensified Mission Indradhanush in 2017 will accelerate the process this year.

Free vaccinations are provided against preventable diseases and newer ones have been introduced including rotavirus vaccine, IPV, adult JE vaccine, pneumococcal conjugate vaccine (PCV) and measles-rubella (MR). Parents must thus strictly adhere to the schedule recommended by pediatricians, because the benefits immensely outweigh the risks involved when it comes to vaccinations.

Vaccines are very important in the overall wellbeing of children. Maintaining an effective and timely immunization record can prevent not only prolonged illness but also heavy financial burden on the family. The government’s directive to bring immunization cover to a larger segment of children in the country can only be possible with continued efforts and by creating greater awareness to dispel vaccine hesitancy and lack of knowledge among communities.