Tobacco is hazardous to health, no matter the form

Chewing tobacco or consuming other smokeless products has been sometimes perceived safer as compared to cigarettes or other smoked tobacco products, largely due to the poor documentation of the health hazards associated with it. 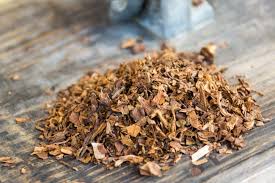 Tobaccos use, irrespective of its form, is a major avoidable risk factor for cerebrovascular as well as cardiovascular diseases. A generally floating misconception is that smoking is harmful for health; however, any form of tobacco is dangerous. All of the tobacco products consist of nicotine, the chemical responsible for addiction. As many as 28 different chemicals have been detected either present in tobacco or are formed during the production processes that are cancer-causing agents (carcinogens).

Chewing tobacco or consuming other smokeless products has been sometimes perceived safer as compared to cigarettes or other smoked tobacco products, largely due to the poor documentation of the health hazards associated with it. Smokeless tobacco is usually referred to a blend of tobacco that is chewed, sucked on or sniffed instead of being smoked. It consists of cut, ground, powdered, or leaf tobacco and is generally to be placed in the oral or nasal cavity. In some cases nicotine is even swallowed and in some absorbed through the soft tissues of the mouth. Regardless of the common belief, health experts point out that smokeless tobacco causes similar health risks as cigarettes as there is no such thing as harmless tobacco product.

Smokeless tobacco like gutka and other such products, the one that are chewed have the same effect on health as smoking cigarettes. There is not much difference except that the place they might impact will be different. While those who smoke have a high risk of lung cancer, those who do consume the smokeless one have a very high risk of oral cancer. All other cancers can also happen and the risk of heart diseases as well as other problems will also continue to remain the same.

Some common types of tobacco that consumed through mouth (all of which are harmful) include:

World Health Organization (WHO) highlights that two fifths of all stroke deaths under the age of 65 years are linked to smoking. However, the use of smokeless tobacco also increases the risk of stroke and blood pressure. Long-term usage of smokeless tobacco has also been connected with the increasing the risk of death due to stroke and heart disease.

Some harmful health hazards of smokeless tobacco are:

A major threat of smokeless tobacco has been stroke which can even be fatal. Smokeless tobacco consists of over 2000 chemical compounds including nicotine and is likely to cause stroke by elevating blood pressure acutely, and adding to chronic hypertension. Along with high blood pressure, tobacco has been a significant risk factor for stroke, even though it is modifiable.

Stroke or a cerebrovascular event takes place when there is a blockage in brain blood vessels, or when a blood vessel ruptures in the brain. Stroke is often referred to as the brain equivalent of a heart attack. Severity of stroke usually depends on the area of the brain that is affected or the extent of the blockage. Stroke is generally accompanied with a high risk of death and even greater risk of disability. Survivors can lose vision, speech or suffer paralysis and sometimes get significant physical,
psychological and/or behavioural problems that disrupt their everyday activities.

Tobacco has a lot of things which are harmful. It can cause constriction of the blood vessels, also have carcinogens and cancer causing elements which get absorbed. When you smoke, it goes straight into the lungs and gets absorbed, whereas when it is chewed, it gets absorbed by the mouth
and then goes into the blood. Either way it gets absorbed into the body. Smoke has higher impact on the lungs which indirectly has affect on the heart, while smokeless tobacco does not have so much affect on the lungs but if taken over a longer period, eventually it will too.

Health experts highlight that smokeless tobacco is as addictive as smoking a cigarette and hence should not be seen as an alternative to quit smoking as the severe health impacts will still remain, and more so the risk of stroke which can end or handicap your life will only intensify with tobacco consumption be it in any form.

Some ways to get over tobacco addiction are: