According to UN data, countries where myopia prevalence was estimated and measured as low in the past, such as India, will have major increases by 2050. 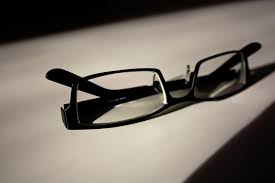 India is one of the world’s youngest countries – with a median age of less than 29. That translates into over well over 350 million young Indians between the ages of 10 – 24. This is a motivated generation, aspiring for an exciting and fulfilling life ahead. But this generation is also faced with a growing health problem that it is scarcely aware of. That of ‘myopia’, commonly referred to as short-sightedness; a visual dysfunction that limits the ability to see distant objects clearly or without the aid of glasses. Myopia usually sets in early, usually affecting school going children.

The population suffering from myopia in India in 2010 was just over 28% is expected to rise to 34% by 2020 and approximately 50% in 2050 which is a major concern. According to a study done by AIIMS, 17% children or 1 out of 6 children aged between 5-15 years are suffering from myopia. According to UN data, countries where myopia prevalence was estimated and measured as low in the past, such as India, will have major increases by 2050.

Myopia is rising in severity and being diagnosed at a very early age amongst school going children. It is extremely worrying to see such an increase in near sightedness disease and its severity making it a major cause of attention and concern. Many prospects make one vulnerable to be suffering from myopia. The risk factors can be genetic many times. Supposedly for a child who has either or both parents suffering from myopia, the risk increases by three times in case of one of them and by 6 times if both the parents are already suffering from it.

But this is not the major cause as in the present time the children and teens with no prior family history of myopia are also being diagnosed with this condition and as they grow up and age, they are also at a very high risk of becoming introverted. There are many factors driving this. The youngsters have started being hooked indoors to their
phones, computers and tablets. Outdoor activities have reduced considerably as a result. Also, being engaged with extra-curricular activities, homework and being focused on studies further reduces the outdoor time. Eyes require critical visual simulation. This is only achieved when children play outside or are engaged in outdoor activities because when they look at distant objects only when they are outdoors. Hence, this affects the healthy development of eyes and may lead to short-sightedness or myopia. Medical studies have proven and illustrated the fact that increased outdoor time can be protective against myopia onset. Clinical trials from Taiwan and China indicate 40 to 80 minutes of additional outdoor time during the day in primary school children reduced myopia incidence by 23% to 50%.

The youth and children need a long-term but effective preventive option. One such long-term preventive option is to have children spend more time indulging themselves in outdoor activities. But we know that the kind of lifestyle we are living; agenda drove as we may call it, it is easier said than done. Another option is to wear glasses. While glasses work for most people, for more extreme cases and complications, a more, long-term and preventive ‘surgical’ solution is required.

While all this is very well for young adults (18 – 35), children affected by myopia need to wait before undergoing surgery. It’s important to remember is that any treatment should only be in consultation with a qualified medical practitioner. Regular eye check-ups should also be
encouraged to identify emerging problems before they magnify in intensity. For India’s youth affected by myopia, the more important lesson to remember is that “prevention is better than cure.”