Managing and coping with Hemophilia

Hemophilia is an inherited disorder where the blood does not clot normally as it should. This disorder is because of a defect in one of the clotting factor genes on the ‘X’ chromosome. 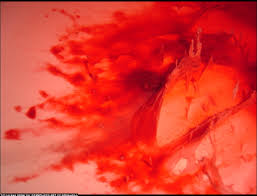 Every year 17th April is recognized as World Hemophilia Day to increase awareness about hemophilia and other inherited bleeding disorders, as well as to improve access to care and treatment. Hemophilia is an inherited disorder where the blood does not clot normally as it should. This disorder is because of a defect in one of the clotting factor genes on the ‘X’ chromosome.

Hemophilia is an inherited bleeding problem, where those affected do not bleed faster than normal, but they can bleed for a longer time. Their blood does not have enough clotting factor which is a protein in blood that controls bleeding.

The signs of hemophilia A and B are the same:

Bleeding into a joint or muscle causes:

Where does bleeding occur?

Excessive bleeding and bruises are the main symptoms of Hemophilia. People with hemophilia commonly have internal bleeding, into muscles or joints. The most common muscle bleeds occur in the muscles of the upper arm and forearm, the iliopsoas muscle (the front of the groin area), the thigh, and the calf. The joints that are most often affected are the knee, ankle, and elbow.

"Repeated bleeding into the same joint can lead to pain, permanent damage and arthritis, so walking is often affected. However, the joints of the hands are not usually affected in hemophilia," said Dr. Satish Kumar A, Consultant – Oncology, Columbia Asia Referral Hospital Yeshwanthpur.

How is hemophilia diagnosed?

If the mother is a known carrier of hemophilia, testing can be done before a baby is born. Prenatal diagnosis can be done at 9 to 11 weeks by chorionic villus sampling (CVS) or by fetal blood sampling at a later stage (18 or more weeks).

Bleeding should be treated as quickly as possible. Quick treatment will help reduce pain and damage to the joints, muscles, and organs. If bleeding is treated quickly, less factor is needed to stop the bleeding.

With an adequate quantity of treatment products and proper care, people with hemophilia can live perfectly healthy lives.