What makes a Hip or Knee Transplant surgery Successful? 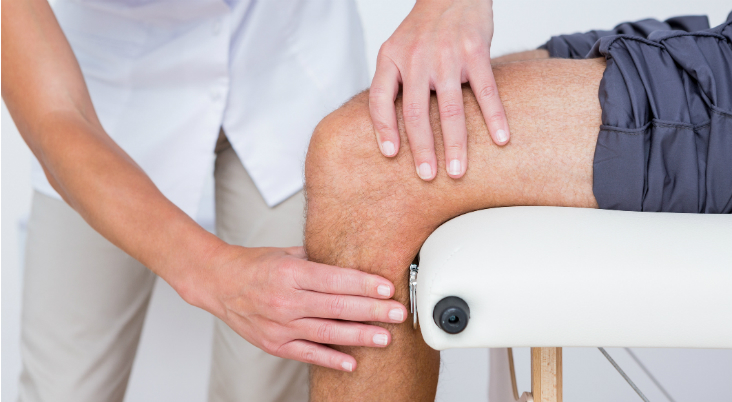 You can blame it on metal and the lack of accountability in the Indian healthcare sector, if hip or knee transplant goes wrong causing a very painful experience to the patients. Right from the identifying the exact need of the patient, selection of right implants to performing high-end surgeries with precision-skill sets, each aspect needs focused attention to make orthopedic surgeries successful. Implant selection, adoption of global best practices, quality and skill of a surgeon plays key role in making an orthopedic surgery successful & lot of dedication and precision is required for selecting a right implant for a patient.

How would we determine that a hip implant was absolutely fine? Unlike other critical transplants where fault or results can be determined immediately, a faulty implant may take 5 years even longer to be detected or for the patients realize that something has gone wrong. Nearly 90% patients who undergo such surgeries may not feel any adverse impact, unlike other critical surgeries.

It would be wrong to blame manufacturers only. Be it globally recognized branded or locally manufactured implants, selection of right implants, use of technology and expertise of a surgeon counts the most. Be it branded or locally manufactured implants, results largely depend on skill and experience of a surgeon. In absence of a national registry, regulation and strict monitoring processes, India faces several challenges on this front.

Over 4,500 patients in India who were implanted with the faulty hip joint. Most of them never heard about the defect from the surgeons who had operated on them. The implant manufacturer, drug regulators, and the government systematically neglected these patients and their suffering. The doctors, who they had trusted blindly, failed them too. Obviously, Surgeons were expected to know not only about the implants and its exact surgical procedures but also tell the patients about its efficacy and risks.

In absence of a national registry for the implants, it is difficult to ascertain exact number of such surgeries being performed across India. It is roughly estimated that over one lakh joint replacement surgeries are carried out in the country every year. The absence of a monitoring system is seen as another reason for the lack of accountability. Of these, an estimated 70,000 to 80,000 are knee replacements, and 20,000 to 30,000 are hip replacements surgeries. However, the joint registry established by the Indian Society of Hip and Knee Surgeons (ISHKS) has recorded only 1.71 lakh knee and 14,000 hip replacement surgeries since it began collecting data in 2007.

There are an estimated 10,000 orthopedic surgeons in India but only 261 submit their data regularly to the registry. The number has increased a bit; however, it still indicates that merely 2.6% of the surgeons report regularly. According to Indian Journal of Orthopedics, for a registry to provide meaningful and validated information, it should have at least 90% participation from surgeons. The Journal pointed out that trust deficit, apathy and fear of information disclosure were the main reasons for non-participation by surgeons.

National Registry can easily track the quality and performance of the implants and also the performance of the surgeons. The registry can also provide valuable feedback to doctors. United Kingdom has developed a robust registry mechanism for ortho surgeries. What should be done when a surgeon keeps on defaulting on surgeries? Answer is very simple- he/she should be stopped from performing such high-end surgeries. But for this, we need strict regulations both on manufacturers/providers part and the government agencies. Failing in performing safe and good result oriented surgeries is equally critical as the failing of implants. This is the reason, experts are very keen to have a national registry and urge the government to put in place a national registry and make reporting to it mandatory.

Apart from strict monitoring and regulations, we also need to put a mechanism where surgeons’ expertise and skill are regularly enhanced under the guidance of expert surgeons. For example, we can draw lessons from Oxford Partial Knee implants and its pathetic performance in the country. During the initial few months Oxford partial Knee implant was a hit all over the world but in India it failed miserably. This failure was a setback to the company and it made all efforts to find out the root cause. It was found that Indian ortho surgeons needed special guidance, training and high skill to perform these surgeries. Finally, the company took a decision to form a Panel of highly experienced surgeons under whose observation and guidance only partial Knee surgeries can be done. Such measures ensure that over a period of time, under supervision of very experienced surgeons, ortho surgeons are well-equipped with skill and training to perform such surgeries with precision and accuracy along with enhanced expertise to choose right implant for the right patient.  Hence, we need to overcome the issues of lack of skill and judgment pertaining to selection of implants, use of technology and surgeons’ expertise.

Use of technology especially in the medical field should come after prolonged Research and Development. Nearly 10 years of clinical trials should be a norm in case such implant. However, the patients should also be educated about a critical fact that implants cannot replace the original knee or hip, hence, they also need to follow certain protocols to make the best use of it and for the safety purpose.