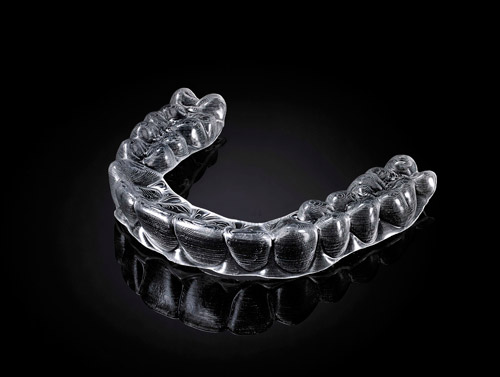 Clear Aligners are dental braces used for the orthodontic treatment of teeth alignment. The product is in the form of plastic and is transparent, hence improves facial aesthetics. This feature is making clear aligners popular among consumers, thereby augmenting the market growth. The rising number of orthodontic patients, increasing per capita healthcare expenditures, alongside the creative marketing strategies adopted by market players is further boosting the growth of the clear aligner market. Clear Aligners are getting increasingly popular as the prevalence of dental alignment problems is growing.

Increasing awareness among people about dental care and the rising spending power of the customer is driving the Clear Aligners market growth. During a recent analysis, it has been observed that the female population is a major contributor to total global share as they are more conscious about their appearance and smile. As per the end-user spectrum, the market is segmented into teenagers and adults, wherein the former segment is predicted to register substantial growth over the forecast period, pertaining to raising awareness regarding dental hygiene, widespread adoption of Western culture, and a preference for better aesthetics among teenagers. The Clear Aligner market is expected to increase at high growth rates during the forecasted period (2019-2023).

The global clear aligner market is supported by various growth drivers, such as increasing urban population, rising healthcare expenditure, increasing youth population, rising demand for aesthetic enhancement. Yet, the market faces certain challenges, such as less number of dentists in emerging areas, limited insurance coverage on orthodontic treatment, etc. According to experts, the key factors that are affecting this market includes market drivers that reflect the increasing demand for Dental Corrective Tools and the growing rate of prevalence of Dental Alignment Problems. As far as the restraints are concerned, the major problem lies in the less number of dentists in developing countries like India. On a positive side, it has been noted that the opportunities in the market have spiked due to rising healthcare expenditure and rising population with dental problems due to changed lifestyle. It has been found in research that eating and drinking habits have added to this change that starts at an early age. From fast food to aerated beverages, they all add to the complications.

It is suggested to avoid such food items and the practice of brushing teeth twice a day should be followed diligently. As far as challenges are concerned, the limited insurance coverage on orthodontic treatment makes it a slow-growing market. Clear Aligners have experienced rapid growth in recent years, leaving the provider network to evolve and flourish as the industry shifts toward greater adoption of clear aligners. Over the last two decades, 3 million patients have used clear aligners. Continued investment in the empowerment of dental professionals with technology and tools to help them grow clear aligners market will ultimately facilitate treatment to better results for patients. While in developing nations with a high population have high potential to emerge as a lucrative market opportunity but exhibit low awareness which restrains the pace of growth.