Dr Dharminder Nagar, MD, Paras Healthcare shares his views on how the new Government can bring change in healthcare delivery 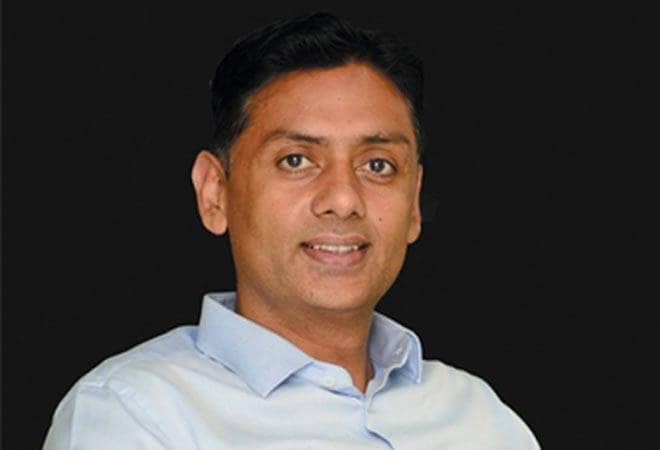 An emphatic mandate from the people has given the Narendra Modi led NDA a historic second chance at the government. Most certainly, some of the last government's positive social and health initiatives such as Ayushman Bharat played a significant role in influencing voters across India. Ayushman Bharat which has already benefited over 23 lakh people has brought a notable difference in the lives of the people who couldn’t afford quality secondary and tertiary healthcare. The previous government also initiated some important reforms to regulate prices of medical devices such as stents. However, in a country where even basic healthcare services are inaccessible to millions of people much more needs to be done in the direction of achieving universal health coverage. The re-election gives the government a fresh opportunity as well as mandate to re-invent the state of healthcare in the country through innovative strategies and comprehensive healthcare programs.

India spends just a little over 1 per cent of its GDP on healthcare. This low spending and the resultant cash-starved public healthcare system is the root cause behind successive governments’ inability to make healthcare accessible. Forget developed nations, even BRICS countries (with comparable economic development levels as India’s) spend much higher on healthcare. South Africa spends around 8.8 per cent, Brazil 8.3 per cent and Russia spends 7.1 per cent of its GDP on health. Even much less developed countries such as Nepal (5.8 per cent) and Afghanistan (8.2 per cent) have much higher healthcare allocations as percentage of GDP.

The government has committed to increasing the healthcare spending to 2.5 per cent of the GDP by 2025. However, to be able to achieve the target of healthcare for all, the government needs to find ways to take a major leap in this allocation. The paucity of funds share to healthcare is less a matter of resource crisis and more a matter of misplaced priorities. A whopping 10.6% of the total amount in the last budget was allocated to defence while healthcare got a paltry 2.2.%. The government can find resources to fund a healthcare overhaul; it’s just a matter of political will.

The poor state of India’s primary healthcare is a direct consequence of poor health spending coupled with lack of political will. To say that our primary healthcare system is in shambles will be an understatement. India’s doctor patient ratio is woefully short of the WHO mandated 1:1000. While shortage of specialists, nurses and medical support staff plagues primary health centres across the rural landscape, pathology and lab services remain inadequate to serve a large population. The Ayushman Bharat program rightly recognizes this anomaly by pledging to create 1,50,000 health and wellness centres to strengthen primary healthcare. However, for this to become a reality, we need massive human resource creation and integration of information technology at every level of delivery. Technology enabled health & wellness centres can not only help bridge the human resource shortage but also strengthen preventive healthcare mechanisms by closely monitoring and recording health statuses of patients.

A healthy primary healthcare system doesn’t just make treatment more accessible, it plays a pivotal role in reducing the burden on secondary and tertiary care hospitals. It is the cornerstone of any country’s preventive healthcare strategies. Delhi government’s experiment with Mohalla clinics is an interesting study in bringing primary healthcare closer to people’s home. Political difference aside, this can be adopted and replicated on a larger scale.

The rise in incidence of non-communicable diseases such as cardiovascular disease, diabetes, hypertension, obesity as well as cancers has been a notable health trend of the last two decades. The past 25 years have seen monumental growth of heart-related ailments with a study published in medical journal Lancet estimating that almost double the numbers of Indians are dying from heart disease today as compared to 1990.  Non-communicable diseases contribute to 60% of the disease burden in India today.

The National Health Policy 2017, for the first time, acknowledged this changing epidemiology of diseases and underlined the need for finding sustainable solutions to fight the growing burden. Unfortunately, most of our focus is on curative healthcare, with preventive medicine not accorded the importance it deserves. Unlike in the West where dangerous diseases such as cancers and heart conditions are detected in early stages, in India diagnosis mostly happens in advanced stages of the disease. Lack of robust screening modalities in conjugation with absence of awareness on prevention and disease control are factors responsible for this.

Keeping people healthy costs a fraction of treating dreaded illnesses. We therefore need the government to device a clear strategy for making preventive medicine a central object of India’s primary healthcare system. In fact, preventive healthcare should be part of the school curriculum, and the need to stay active and follow healthy lifestyles must be inculcated among children right from the beginning. Preventive Medicine experts must also be appointed at all primary healthcare centres.

A study by the Public Health Foundation of India (PHFI) found that out-of-pocket health expenses drove 55 million Indians into poverty in 2017. While the ambitious AB-PMJAY scheme has brought a lot of hope for millions of Indian living below poverty line, it is imperative to devise strategies to further increase insurance penetration to middle class Indians as well. Not only does medical insurance cover remain low in India, there is also need to augment the basket of insurance packages currently available in the market. The growing middle classes lack awareness and understanding of the need to make this preventive investment in healthcare. At the same time, buying medical insurance remains a costly affair for many. It is important for to create strategies that will allow penetration of medical insurance to middle classes as well through creation of more affordable premium models or co-pay modes while also including provisions of OPD cover in insurance programs. We also need initiatives to provide insurance cover to people with pre existing conditions who are denied insurance by private players.