World Hepatitis Day 2017: Awareness is the need of the hour

This time, World Hepatitis Day 2017 is being celebrated under the theme ‘ELIMINATE HEPATITIS’ 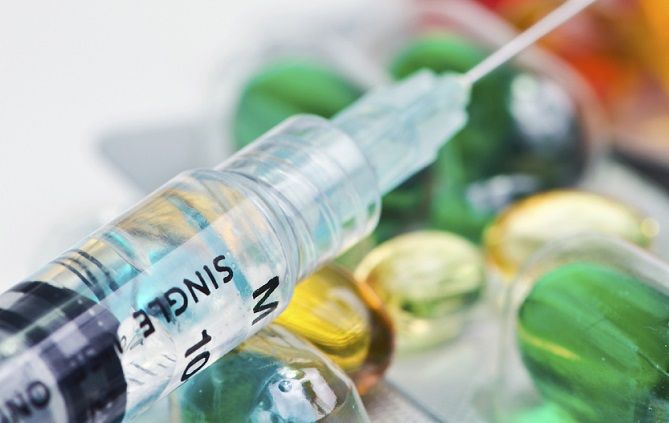 With an aim of creating awareness about hepatitis and to influence real change, World Hepatitis Day (WHD) takes place every year on 28 July. This day unites patients, organisations, governments, medical professionals, civil society, industry and general public to boost the global profile of viral hepatitis. This time, World Hepatitis Day 2017 is being celebrated under the theme ‘ELIMINATE HEPATITIS’

WHO’s Global Strategy on Viral Hepatitis which includes a goal of eliminating hepatitis  and C in the next 13 years was adopted by 194 governments at the 69th World Health Assembly in Geneva. The first ever global movement NOhep was launched by the community for the elimination of viral hepatitis by 2030.

According to Dr Poonam Khetrapal Singh, WHO Regional Director for South-East Asia, “Each year viral hepatitis infects millions of people across the Region, causing the death of around 410 000 persons – more than HIV and malaria combined. It is also a major cause of liver cancer and cirrhosis, contributing to premature morbidity and mortality, and undermining economic growth and the push to achieve health and wellbeing for all. Despite hepatitis’ outsized burden, it is estimated that just one in ten people infected with the disease know their status. Many others remain unaware that effective treatments exist, or that preventive measures are available, from basic hygiene to the hepatitis B vaccine. Regrettably, stigma and discrimination against those suffering the disease remain common.”

“To overcome these barriers and eliminate hepatitis as a public health threat by 2030, as per regional and global targets, enhanced awareness and understanding of how to prevent, treat and manage the disease is vital”, she added

Mainly characterised by inflammation of the liver, Hepatitis can either be self-limiting or it can progress to fibrosis, cirrhosis or liver cancer. Hepatitis A, B, C, D and E are the five types of Hepatitis identified by scientists.

Hepatitis A virus (HAV): Transmitted through consumption of contaminated water or food, Hepatitis A virus is mainly present in the faeces of infected person. Vaccines are available to prevent HAV.

Hepatitis B virus (HCV): The virus can be transmitted through exposure to infective blood, semen and other body fluids. It can be transmitted from infected mothers to infants at the time of birth and can also occur through transfusions of hepatitis B-contaminated blood and blood products, contaminated injections during medical procedures. Vaccines are easily available for this type of hepatitis.

According to Dr. Sushil Shah, Chairman and Founder, Metropolis Healthcare Ltd., "A substantial percentage of people around the world are infected with the Hepatitis B or C virus and are mostly unaware of the infection. However the symptoms surface quite late and hence a person who has contracted the disease, can survive normally for a substantial period of time.”

“This in turn results the disease being detected at a much later stage, making the treatment less effective. This often causes liver damage or liver cancer. Hence it is essential to spread awareness on the importance of getting screened for Hepatitis B or Hepatitis C. On clinical grounds, classification of Hepatitis B is very challenging therefore it requires thorough diagnosis that focuses on the detection of the Hepatitis B virus”, he added

Hepatitis C virus (HCV): This virus is can also be transmitted through exposure to infective blood just like HCV but there is no vaccine for HCV.

Hepatitis D virus (HDV): Since this virus infects only those who are infected with HBV, hepatitis B vaccines provide protection from HDV infection as well.

Hepatitis E virus (HEV): Consumption of contaminated water or food is the common reason for HEV infection. Although vaccines for HEV have been developed, they are not widely available.

As per Global Hepatitis Report by WHO, “Viral hepatitis caused 1.34 million deaths in 2015, a number comparable to deaths caused by tuberculosis and higher than those caused by HIV. However, the number of deaths due to viral hepatitis is increasing over time, while mortality caused by tuberculosis and HIV is declining. Most viral hepatitis deaths in 2015 were due to chronic liver disease (720 000 deaths due to cirrhosis) and primary liver cancer (470 000 deaths due to hepatocellular carcinoma). Globally, in 2015, an estimated 257 million people were living with chronic HBV infection, and 71 million people with chronic HCV infection.”

Hepatitis C Virus infection was most common in the Northern states of India: SRL Diagnostics

According to the analysis done by diagnostic chain SRL Diagnostics, “Hepatitis C Virus infection was most common in the Northern states of India when compared with other parts of the country. However the water born Hepatitis E virus infection was found to be the most common laboratory diagnosed viral hepatitis in India.”

The data is based on the more than 8 lakh 11 thousand tests done pan India at SRL labs between January 2014 and May 2017.