Is the 5G health scare unfounded?

Will the implementation of the 5G network have serious health implications, or are these fears unfounded? 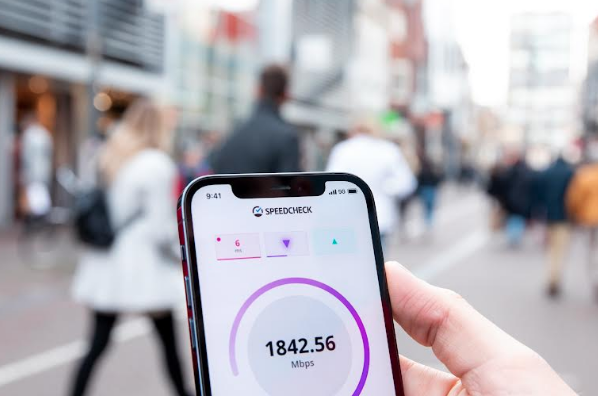 The COVID-19 pandemic has opened new avenues of how people do their day-to-day work and how children as young as three are undertaking online lessons. Though a handful of offices have opened, a majority of the workforce is somehow managing to work from home. And all this has led to increased consumption of the Internet. The high demand for the Internet has forced telecom operators to look out for an advanced form of technology to cater to the demands.

We are all aware of the harmful radiation being emitted from mobile phones and not only adults but even children are always hooked to mobile phones. The introduction of the fifth generation or 5G network has made many cautious about the harmful effects of mobile radiation. However, healthcare experts and the government have been able to allay some fears among the general public, as there is no concrete evidence to prove that mobile radiation can cause health hazards.

A few years back health specialists have raised concerns and believed that too much handling of mobile phones may lead to headaches, heart diseases, and sometimes fertility issues. With COVID-19 on the loose, things have changed for good. With little option in hand, the urban and rural areas have seen a surge in the demand for Internet connectivity.

Now, on one hand, we need good Internet service for online classes and webinars and online conferences happening in large numbers and on the other, we are concerned about the health hazards due to radiation being emitted from mobile phones and other gadgets.

The Stewart report in 2000 by the UK Independent Expert Group on mobile phones declared that children may be more vulnerable to electromagnetic fields (EMF) than any other age group. The conductivity of children is higher due to higher moisture and ionic content compared to adults and more than adults, children's head absorbs a lot of RF energy.

Now the question remains, what is the way out and what effect will 5G implementation have on one's health outcome.

Till now a handful of studies have been conducted on the effects of 5G radiation. Though some studies have been undertaken in western nations, there is no concrete proof as to what will be the health outcome when 5G is implemented in India wholly.

Talking about the possible health hazards 5G might bring in, Dr Harish P, Senior oncologist, Cytecare Cancer Hospitals, Bengaluru said, “Excessive screen time associated with easy availability of media in a handheld device makes for longer viewing hours. This in turn has many psychological impacts. The power of concentration is reduced. This is especially important for very young children whose brain has just started developing. This can lead to poor scholastic performances. Adults, as well as children, may develop anxiety, restlessness, depression and addictive habits. The habits could be so strong that increasing suicides especially in the younger population are ascribed to overexposure to screen time. But as such, 5G radiation has not been ascribed as a cause for all these changes.”

Likewise, Dr Madhuchanda Kar, Senior Consultant and Clinical Director, Department of Oncology, Peerless Hospital, Kolkata opined, “There are short-term consequences like tissue heating and suspected long-term consequences like brain tumours. The largest retrospective study by IACR (International Agency For Cancer Registries) conducted in 13 countries did not show any increase in brain tumours even after 10 years of the follow-up study.”

Currently, exposure from 5G infrastructures at around 3.5 GHz is similar to that from existing mobile phone base stations. The extent of any change in exposure to radiofrequency fields is still under investigation.

Tissue heating is the main mechanism of interaction between EMF and the human body. However, Radio-Frequency (RF) exposure levels from current technologies result in negligible temperature rise. IACR has classified EMF as possibly carcinogenic as chance or bias can't be ruled out with confidence.

According to Dr Kar, “To date, no definite health effect has been causally linked to exposure to these technologies. There are very few studies on 5G as yet. Provided that the overall exposure remains below international guidelines no consequences for public health are anticipated as of now. In this context WHO is promoting further research and developing public information materials. 5G may be hazardous if only we can prove it.”

Recently there was news about a certain link between the 5G technology and the spread of COVID-19. The Department of Telecommunication (DoT) sprung into action and clarified that several misleading messages were being circulated on various social media platforms claiming that the second wave of coronavirus has been caused by the testing of the 5G mobile towers.

As per a press statement issued by DoT, the messages are false and not correct and have no scientific basis. Moreover, the department informed that the testing of the 5G network has not yet started anywhere in India.

Mobile towers emit non-ionizing radio frequencies having very minuscule power and are incapable of causing any kind of damage to living cells including human beings. DoT has prescribed norms for exposure limit for the Radio Frequency Field (i.e. Base Station Emissions) which are 10 times more stringent than the safe limits prescribed by International Commission on Non-Ionizing Radiation Protection (ICNIRP) and recommended by WHO.

In addition, DoT has approved a financial grant in 2020 for a multi-institute collaborative project to set up the ‘Indigenous 5G Test Bed’ in India at a total cost of Rs 224.01 crore over 36 months. The eight collaborating institutes in the project are the Centre of Excellence in Wireless Technology (CEWiT), IIT Bombay, IIT Delhi, IIT Hyderabad, IIT Madras, IIT Kanpur, IISc Bangalore and Society for Applied Microwave Electronics Engineering & Research (SAMEER).

However less radiation is being emitted from gadgets, one should always remember that studies are still going on and the human body is going to have an impact due to radiation. With fewer options in hand, certain preventive measures can be adopted to minimise the risk.

According to Dr Harish P, “Fifth-generation (5G) cell phones are anticipated to use the frequency spectrum up to 80 GHz. These frequencies all fall in the non-ionizing range of the spectrum, which is low frequency and low energy. The energy is too low to damage DNA. DNA damage can cause changes to genes that may increase the risk of cancer. So there is no risk of any cancers with the current frequency spectrum.”

On the other hand, Indian Society for Clinical Research (ISCR) has classified that electromagnetic fields (EMF) is possibly carcinogenic and so the concern remains. The World Health Organisation is encouraging more studies to be conducted and promoting further research besides developing public information material to create awareness among the public.

At present, telecom operators are facing the brunt amidst the fear of radiation lurking in the minds of the common man. Activists and NGOs have jumped into the fray to convince the government across the world against the harmful impact it will have on health. Though a lot of research still needs to be undertaken, only time will tell whether a 5G network is really bad for us or it will help economies flourish due to better Internet connectivity. While we are tackling the 5G health scare, speculations are rife about the impending launch of 6G. Already launched in countries like China and Japan, and Canada presently implementing it, the 6G network will, most likely, unleash newer concerns and fears of even more severe health hazards.