The government’s decision to scale up the number of testing gave rise to the need of a rapid and accurate testing mechanism that could give quick accurate results in an affordable price. 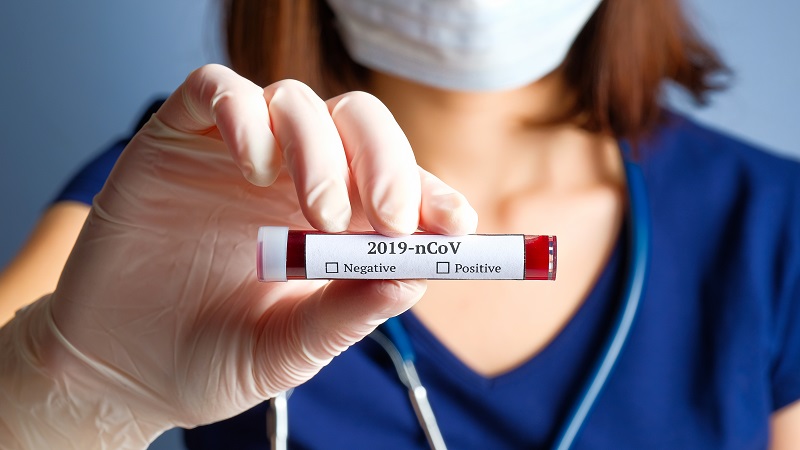 The decision to scale up the number of testing has given rise to the need of a rapid and accurate testing mechanism that could give quick accurate results in an affordable price. Hence, the Indian Council of Medical Research (ICMR) has certified the use of a rapid antigen test kit called Standard Q COVID-19 antigen detection kit from a South Korean company SD Biosensor, to move ahead in this direction.  In addition, around 20 such antigen test kits are in various stages of receiving approval from ICMR.

As we are observing a rapid increase in the number of infections almost each day, the COVID -19 pandemic has made all of us question the efficiencies of our systems. To address the needs of the world’s second largest population, the government now has emphasized on increased number of testing to better combat the virus.

The COVID-19 RT-PCR test (reverse transcription polymerase chain reaction) test is the most trusted test for the qualitative detection of nucleic acid from SARS-CoV-2 virus. There are also antibody tests that detect immunological responses i.e. the antibodies secreted in response to the virus. Although both these are equally proving to be very helpful in diagnosis, they have a disadvantage that is of concern when testing a huge number of population is considered. Not only are the tests very expensive but they require 24-48 hours for the results which is not favourable.

The government’s decision to scale up the number of testing has given rise to the need of a rapid and accurate testing mechanism that could give quick accurate results at an affordable price. Hence, the Indian Council of Medical Research (ICMR) has certified the use of a rapid antigen test kit called Standard Q COVID-19 Antigen detection kit from a South Korean company SD Biosensor, to move ahead in this direction.

Rapid antigen tests are basically diagnostic tests that detect specific proteins on the surface of the virus. ICMR has recently invited applications from various companies in India and abroad to validate their antigen test kits. The medical body hasidentified the All India Institute of Medical Sciences in Delhi, SMS Medical College in Jaipur, King George Medical University in Lucknow, Kasturba Hospital for Infectious Diseases in Mumbai and Post Graduate Institute of Medical Education and Research in Chandigarh for validation of these tests. Currently around 20 antigen test kits are in various stages of receiving approval from ICMR.

Rajesh Patel, CEO – IVD India, Trivitron Healthcare shares that, “A number of manufacturers have introduced their products with the efficiency and accuracy of their kits ranging from 85-90%. As far as Trivitron Healthcare is concerned, we have introduced an antigen-based ELISA test kit - COVIDscreen Plus which is 100% sensitive and 99% specificity. An RT-PCR test is considered extremely reliable and accurate because it can detect even a single virus particle. However, the main purpose of the antigen-based test kit is to reduce the burden of relying on just RT-PCR tests to identify COVID-19 patients, thus decreasing the burden over healthcare establishments which are already overwhelmed with COVID cases.

Is fast testing winning the way?

The rapid antigen testing kit from SD Biosensor is a rapid chromatographic immunoassay for the qualitative detection of specific antigens to SARS-CoV-2 present in human nasopharynx. The test provides results in 15-30 minutes which can be obtained on the field itself.  The performance of the tests has been evaluated in prospective, single institute, randomized single –blinded study conducted at trial site in Malaysia. 202 specimens were tested against a commercialized molecular assay. The specificity of the test is 84.3 percent and specificity is 100 percent . The production plant of SD biosensor is based in Mansesar, Gurugram and their plant capacity is almost 5 lakh kits per week.

The testing capacity in the country has increased considerably, with the help of these kits especially in population dense areas and slums. The number of samples tested in India crossed the 10 million mark in early July. Various states have ordered lakhs of kits from the manufacturers and have ramped up the testing capacity.

“Test-track-treat is the key strategy for early detection and containment of the pandemic. In some states, the capacity utilization of the testing labs, particularly the ones in private sector, is grossly sub-optimal, thus they have been strongly advised to take all possible steps to ensure full capacity utilization of all COVID-19 testing laboratories. They have been advised to ramp up testing in a big way by using rapid antigen point-of-care tests in addition to RT-PCR, which is the gold standard for diagnosis of COVlD-19. The rapid antigen test is quick, simple, safe and can be used in containment zones as well as hospitals, as per criteria specified by ICMR for testing. ICMR is validating more such kits and are to increase the available options to the citizens.”, says Prof Balram Bhargava, Director General, ICMR, New Delhi

One of the first directives in this aspect came from the Delhi government when it had asked all hospitals and COVID-19 testing laboratories in the national capital to start rapid antigen detection tests and scale up its ongoing process of identifying symptomatic patients and isolating them immediately.

Soon after, the Maharashtra chapter of the Indian Medical Association (IMA) appealed to the ICMR and state government to allow all qualified pathologists and microbiologists to conduct rapid antigen tests to help detect COVID-19 cases. Likewise, Telangana which has the highest rate of new positive cases but low testing numbers, has also decided to acquire rapid antigen testing kits to scale up testing. The state is likely to buy 100,000 kits for this purpose.

Further, Tripura is starting phase-wise door-to-door rapid COVID-19 antigen testing across the state. The announcement came right after after the Assam government declared a similar strategy in view of rising coronavirus cases.

In totality, after Delhi and Maharashtra, states of Telangana, Gujarat, Haryana, Punjab, Uttar Pradesh, Kerala, Chhattisgarh, Assam, West Bengal, Karnataka and the union territory of Jammu and Kashmir have initiated deployment of the rapid antigen testing kits in containment zones.

Although, there are many advantages that are obvious because of the speed of these rapid antigen tests, many health experts have raised concerns on the efficacy of these tests. They have comparatively low sensitivity and give varied results.

“This test can be an aid to early diagnosis of SARS-CoV-2 infection in patient with clinical symptoms with SARS-CoV-2 infection. Test Procedure can be done in an ambient temperature and pressure and results can be obtained in 30 minutes.  It also does not require a specialized machine and results can be interpreted with a naked eye. Our company has validated the tests and found out that the all-positive antigen tests are also positive by RT PCR method verifying high specificity. But false-negative results can also happen due to incorrect procedure of sampling, too early or late reading, and more than 7 days of infection”, says Dr Ramesh Kinha, Chief Pathologist, Medall Healthcare, New Delhi.

The US Food and Drug Administration has also raised concerns over these rapid antigen kits for the false negative results. The negative results from an antigen test kit may need to be confirmed with the PCR for a final review. The samples that are collected are only stable for 1 hour and temperature conditions have to be maintained. This essentially means that the samples once collected need to be processed very quickly in a temperature controlled environment. And the negative symptomatic samples may still need a RT-PCR test before it is declared so.

On this note, Dr Sanjay Ingle, Zonal Technical Head, West India, Apollo Diagnostics, Pune points out, “One of the main advantages of an antigen test is the speed of the test, which can provide results in minutes. However, antigen tests may not detect all active infections, as they do not work the same way as a PCR test. Antigen tests are very specific for the virus, but are not as sensitive as molecular PCR tests. This means that positive results from antigen tests are highly accurate, but there is a higher chance of false negatives, so negative results do not rule out infection.”

This observation of course raises questions such as which test should we use ultimately? Every one of these tests has their own advantage and limitations. Should we ignore the sensitivity for getting quick results or should we prefer RT-PCR tests? How can all these tests be used to our advantage that should be the main focus.

“The challenge in rapid antigen test is to find the right antibodies that do not interfere with each other and wont cross react to other proteins. Antigen tests do not amplify their protein signal, thus another challenge is weak signals. So they are inherently less sensitive. Also, that signal gets diluted when samples are mixed with the liquid solution, to enable the material to flow across test strips. As a result, most antigen tests have a sensitivity of anywhere between 60 and 90 per cent. In other words, one in two infected people might incorrectly be told they do not have the virus. Knowing that SARS- CoV-2 spreads so easily, a misdiagnosis is worse than no diagnosis. But the biggest advantage of the rapid antigen test is scalability, not only in manufacturing but performing too. Rapid antigen tests have an important role to play in containing the virus. There will never be the ability to do RT-PCR test for 130 crore people before everybody restarts their life”, says Dr Ravi Gaur, Chief Operating Officer and Lab Director,Oncquest Laboratories, New Delhi.

Keeping in mind both the positive and negative aspects of these rapid antigen tests, perhaps it might be a good idea to use them as a point of initial screening process where all positive results can be regarded as such, while the negative results can be verified by the conventional RT-PCR tests. This can surely ease out the pressure on the healthcare system as we cannot afford another round of distress in the form of misdiagnosis.