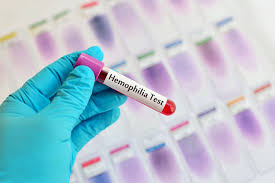 Replacement factors are the current standard-of-care, representing 97% of the total sales of the hemophilia market in 2018. However, their market share is expected to decline to 70% by 2028 due to the introduction of alternative coagulation promoters (ACPs) and gene therapies, which promise to target significant areas of unmet need such as reducing the burden of intravenous infusions and reducing the risk of developing neutralizing antibodies, or inhibitors, against replacement therapies.

Tajekesa Chapman, PhD, Senior Oncology and Hematology Analyst at GlobalData commented: “ACPs and gene therapies are the most anticipated drug classes for the treatment of hemophilia A and B as they will provide more effective treatments for patients with inhibitors, more convenient administration routes and less frequent dosing, and, in the case of gene therapies, provide a potential cure for the disease.

“Key opinion leaders in the eight major markets (8MM = US, France, Germany, Italy, Spain, UK, Japan, and China) are highly optimistic about these therapies and agree that they will drive change in the treatment landscapes for hemophilia A and B.”

BioMarin’s ValRox, which is expected to launch as early as 2020, and Spark Therapeutics’ SPK-8011 for hemophilia A, and uniQure’s AMT-061 and Pfizer/Spark Therapeutics’ SPK-9001 for hemophilia B, are leading the clinical development race for gene therapies. GlobalData anticipates the total revenues from these four therapies to be approximately $1.15bn in 2028, which will make up 12% of total hemophilia drug revenues in the 8MM.

As these high-cost, single-dosage treatments enter the hemophilia market over the forecast period, competition for market share seems inevitable.

Chapman concluded: “Gene therapies are positioned for a limited patient population, such as severe adult hemophiliacs, previously treated patients, and patients with no history of inhibitors, and questions have already been raised about their limited long-term safety and efficacy data. Therefore, first-to-market advantage will drive commercial success.”