The study comes out on the occasion of World Kidney Day, with the objective of spreading awareness around the rising incidences of renal impairments within the country 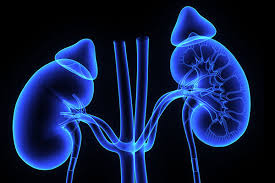 While heart attacks and neurological disorders continue to be the top life-threatening ailments across the country, kidney related disorders are on the prowl and on a steady rise, particularly amongst the millennials, reveals a study conducted by SBI General Insurance. The study comes out on the occasion of World Kidney Day, with the objective of spreading awareness around the rising incidences of renal impairments within the country.

As per the data released by SBI General Insurance, kidney ailments continue to shoot up for millennials. The study also throws light on the fact that from the overall kidney related claims, the total number of claims made by males is higher as compared to women.

Metro cities have reported majority percentage of claims – 69% whereas non-metros have reported 31% claims only. This may be due to specialized treatment and dialysis facility available at metros and a lack of health resources within access in smaller cities.

Appended are a few interesting trends that emerged:

Mr. Sukhesh Bhave, Head, - Accident & Health Claims, SBI General Insurance said, “In its early stages, chronic kidney disease can lurk silently in the body, showing fewer or no symptoms at all. However, as time passes, it starts affecting vital organs leading to impairment and failure. The end stage renal disease may result in renal failure or kidney failure and can be life threatening.”

World Kidney Day, celebrated in March every year, is a valuable platform to spread awareness about kidney-related ailments to educate people on the importance of keeping these ailments at bay to live a healthy and wholesome life.