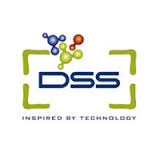 DSS Imagetech is no longer known only for microscopy but the company has now gradually expanded its product range besides venturing into manufacturing of high-end molecular biology reagents. The company registered an impressive 12 percent growth with revenues jumping to Rs 221 crore in FY 2014-15 as compared to Rs 198 crore in the FY 2013-14.

DSS enjoys a unique position as the most informed supplier of microscopes and digital imaging solutions in the country. On May 13, 2011, DSS entered into collaboration with Sakura Finetek for its Micro-Imaging Division. Sakura is the original manufacturer of the tissue processors, embedder, rotary microtome, and centrifuge that have become industry standards over the years in histopathology market.

It has set up long standing collaborations with world leaders in the scientific field like Olympus, Abbott Molecular, Dako - Agilent among others. Not only has DSS been able to establish relationships with world renowned international corporations, but it has also been able to sustain these relationships over time.

Among key strategies, the company has put in place an organizational restructuring to capitalize on the synergy between foreign-make microscopes (Olympus Microscopes Japan) and locally manufactured microscopes (Olympus Opto Systems India). Among the major collaborations in 2014-15 is the company's tie up with Abberior Instruments (founded by Nobel Laureate - Dr Ste
fan Hell) for STED Super Resolution Microscopy. Also, the Magnus MLX Plus (Theia) Series Microscope was launched by Olympus Opto Systems India besides Olympus Endo-Sono (EU-ME2) launched by Olympus (Endoscopes) Japan.

DSS Imagetech has also formed a joint venture namely DSS Takara Bio India along with the Japanese company, Takara Bio Inc. The new spin off company is looking at strengthening its manufacturing capability to offer competitive research reagent and kits suited for the local market needs. DSS Takara Bio's major thrust has been to establish the manufacturing facility of molecular biology reagents. The company launched the product line in August, 2012 and plans to offer the diagnostic kits at a never seen before lowest price in India. DSS also started the TAQ DNA Polymerase production at DSS Takara Bio India manufacturing site. The company now manufactures and exports products to Japan; and thereafter they are distributed across the world.

Going a step further, DSS R&D Center was formed in 2013 to contribute more to the field of biotechnology. DSS R&D center has signed a deal with Department of Biotechnology for a joint project to develop a cost-effective sexually transmitted disease (CT/NG) detection kit. Apart from this DSS R&D center is working on various projects to develop in house products under the DSS brand name.