In developing countries such as India, China, Brazil, etc., local manufacturers tend to develop a high volume of lower-cost vaccines, which helps enhance the reach of flu vaccines among the general population 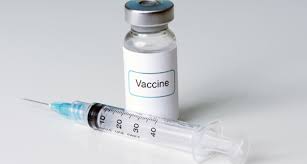 According to the latest research study, the global flu vaccine market is projected to account for a market value of approximately US$ 8 Bn by the end of 2029. Globally, increasing vaccination rate, and focus on preventive rather than reactive, is expected to drive the growth of the flu vaccine market. Increasing knowledge is due to the awareness drives taken by governments of various countries for the prevention of possible flu outbreaks, particularly in countries, which are more prone to flu pandemic.

Lower cost of flu vaccine plays a major role in the increasing vaccination rate across lower- and middle-income countries. The affordability of flu vaccine is due to World Health Organization’s tie ups with various regional flu vaccine manufacturers as well as major players. The extended efforts by WHO, GAVI, and other organizations to stockpile flu vaccine for possible pandemics has helped improve the vaccination rate. The stockpiling of flu vaccines majorly depends upon various factors such as the possibility of a pandemic, the availability of insurance coverage during a possible pandemic, adequate supply & demand, and research & development.

In developing countries such as India, China, Brazil, etc., local manufacturers tend to develop a high volume of lower-cost vaccines, which helps enhance the reach of flu vaccines among the general population or population that is at a high risk of suffering from flu, which includes children, people aged over 65 years, and pregnant women.

In the Northern hemisphere, the manufacturing of flu vaccines begins in around February each year depending upon the WHO recommendations, whereas in the Southern hemisphere, it begins in around September. In 2004-2005, the global flu vaccine production capacity was around 1.6 billion doses, which increased to around 6.4 billion doses in 2018, thus, indicating an increase in the availability of the same across different regions of the world.

Manufacturers in the flu vaccine market are focusing on expanding their product offering in various countries by undergoing various activities such as partnerships, mergers & acquisitions, launch of new products, approvals, and agreements with various regional manufacturers. For example, in December 2018, Sanofi developed a new vaccine, dubbed Vaxelis, in partnership with Merck. In 2015, AstraZeneca entered into a license agreement with Daiichi Sankyo for development and commercialization of FluMist in Japan.

The study has segmented the global flu vaccine market based on the product type, dosage form, distribution channel, and region. In terms of revenue, the quadrivalent flu vaccine segment is expected to be a prominent segment over the forecast period. By dosage form, intramuscular remains preferred due to higher patient compliance. By distribution channel, sales of flu vaccines are likely to remain higher through institutional sales. The US remains the most lucrative market for flu vaccines market players.