Import of medical devices up by record 24% 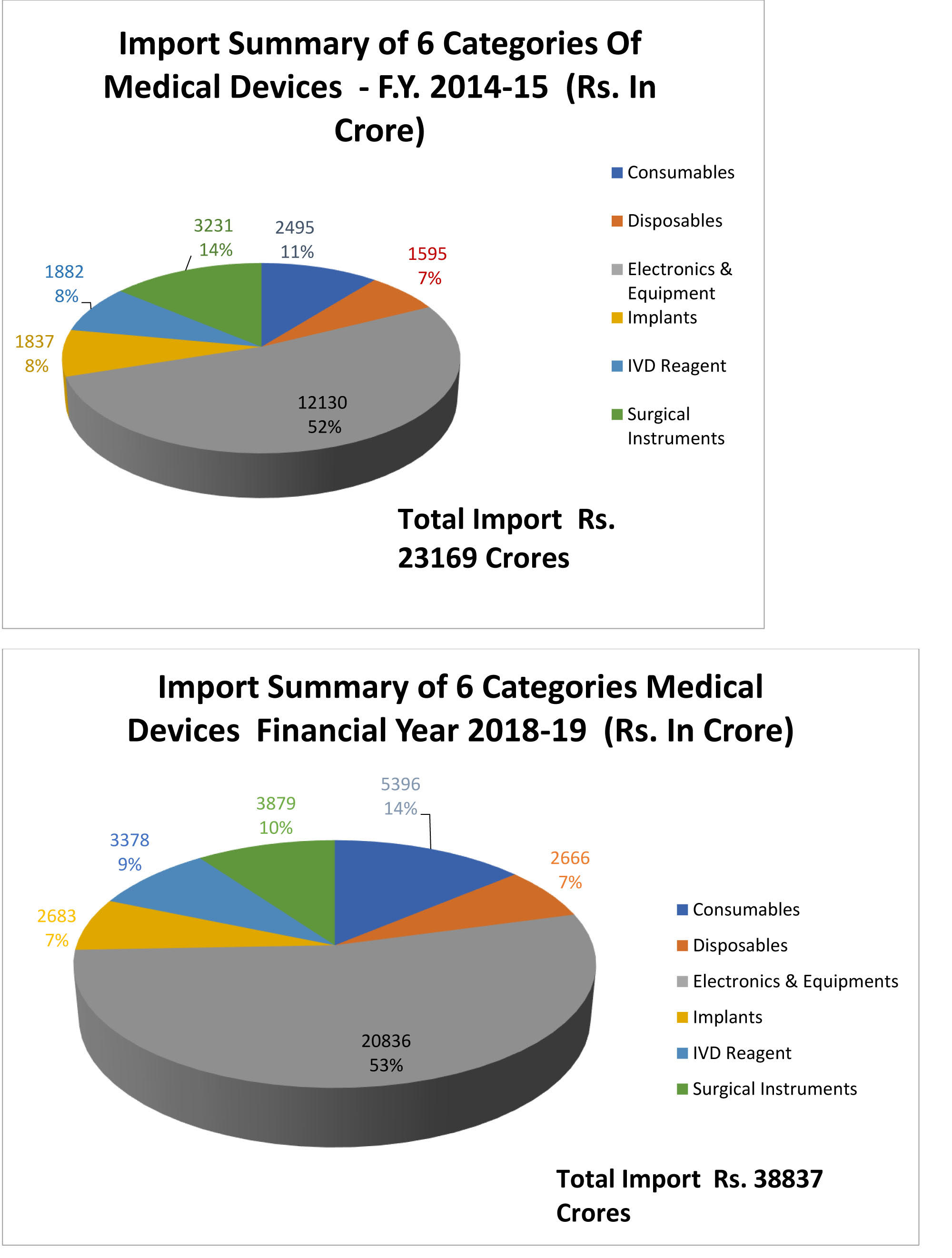 As the market is barely growing at 10-12%, overall the data of 24% increase in imports indicates further erosion of 10-30% Domestic market share to 10 to 20% market share stated a visibly upset Mr. Rajiv Nath, Forum Coordinator of AiMeD.

GST on medical devices is in favour of imports and is detrimental to Make in India. MSME sector has been worst hit with huge job losses.

Mr. Rajiv Nath claimed that after the goods and services tax (GST) on imported medical devices became cheaper by 11 per cent, the basic import tariff stands in the range of nil-to-7.5 per cent for most medical devices. Before the GST regime, imported medical devices attracted excise duty and special additional duty, over and above the import duty. After GST, only import duty and GST are levied. However, since one gets input credit in the GST regime, the effective taxation reduces, explained Nath.

While the Modi Government is touting the success of Make in India program, the beleaguered Medical Devices domestic industry is focusing on exports as they continue to lose market share to imports on account of lack of adequate tariff protection, lack of non tariff import barriers & unfair unethical market that favors perceived higher quality of familiar MNC brands with attractive trade margins and higher MRP vs unfamiliar unknown new Indian brands which even if lower priced against European or American or Japanese brands, if not Chinese, do not adequately induce retailers & hospitals to push their products nor do they have the deep pockets to match the sales promotion, marketing budgets to sponsor events of celebrity doctors.

Even as medical device makers in America allege the regulatory environment in India has hindered the growth of their export, the data suggests otherwise.  India imports around 80 per cent of its medical devices requirement and a fourth of that comes from the US. The Top 5 Countries that India imports Medical Devices from are USA (21%), Germany (14%),Singapore (11%), China 10% and Netherlands (7%)

We estimated the market size at the retail and institutional level to be over 15 Billion $ with Domestic products now at less than 20% market share.

There is an urgent need for the Govt. to expedite steps to end the 80-90% import dependence forced upon us and an ever increasing import bill of over Rs 38,837 Crore, expedite steps for patients’ protection, stronger quality & Safety regulations, price controls to make medical devices and quality treatment accessible and affordable and ethical indigenous manufacturing viable .

“We stress these are vital and strategic to meet the health-for-all National agenda of PM Modi and aligned to the Health Policy 2017, to make quality healthcare accessible and affordable for common masses and to enable placing India among the Top 5 Medical Devices manufacturing hubs worldwide and end the 80-90% import dependence forced upon us and an ever increasing import bill of over Rs 38,837 Crore! Pseudo Manufacturing & Unethical marketing is harming consumers and disallowing manufacturing to succeed in India by well-meaning investors. We can repeat the success story of mobile phones by replicating the same strategies.” said Mr. Nath.

Mr. Nath opined "GoI needs to take policy decisions to give level playing field if not a strategic advantage to domestic Mfg while safeguarding consumers or India will remain 80-90% import dependent."