Moreover, the treatment cost of each cycle using biobetters is relatively lower than that of biologics 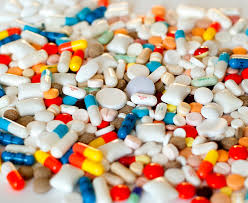 Lower cost of treating various chronic diseases with the usage of biobetters is one of the prominent factors contributing to the substantial growth of the biobetters market. Biobetters are more effective and longer-acting medicines as compared to biosimilars, which are their reference biologic products. Although biosimilars are 20 to 30% cheaper as compared to biobetters, superior efficacy and lesser dosage frequency makes biobetters a preferred treatment option.

Moreover, the treatment cost of each cycle using biobetters is relatively lower than that of biologics. For example, Neulasta, a biobetter of Neupogen, costs around US$ 3,400 – 4,000 for each treatment cycle, whereas Neupogen cost around US$ 6,000 at the inception. Although the cost of Neulasta increased considerably, it made only a little difference due to its increased patient compliance and efficacy. However, the market share of Neupogen and its biosimilars remains significantly low, when compared to Neulasta. The superiority of biobetters in terms of pricing, dosage, efficacy, etc. makes them among the most preferred treatment options among patients as well as healthcare professionals.

North America is expected to be a prominent biobetters market through 2029. Biobetters are approved through the biologics approval pathway as new molecules and hence, they have 10 to 12 years of marketing exclusivity in regions such as North America and Europe, which allows pharmaceutical and biopharmaceutical companies to invest in R&D as it provides assurance to the manufacturers. The manufacturers of originator biologics tend to develop biobetters of their own product, which allows them to maintain/increase their market share due to the superior qualities of biobetters even after the patent expiry of originator biologics. For example, Amgen Inc., a manufacturer of Neupogen, launched Aranesp, a drug used for the treatment of anaemia in patients suffering from chronic kidney diseases as well as chemotherapy/radiation-induced myelosuppression in cancer patients.