Calls for an innovative campaign in local languages for better outreach 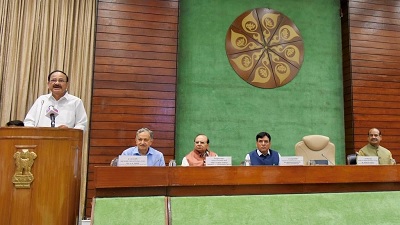 The Vice President, M Venkaiah Naidu, emphasised the need to increase awareness about Hepatitis both among the public and policymakers. He also wanted policymakers and public representatives at all levels to take the message about preventable hepatitis to the people in their respective constituencies.

In his keynote address in the awareness session on World Hepatitis Day on 28 July, for the Members of Parliament at Parliament House, the Vice President called for making the campaign for eliminating hepatitis by 2030 a ‘people’s movement’, along the lines of Swachh Bharat Abhiyan and TB Free India Campaign.

Naidu advised the lawmakers that the campaign to eliminate hepatitis be carried out in the local language of the people to maximise outreach. He also called for innovation in government messaging in this regard, to avoid monotony and to make the message accessible and understandable to the common man.