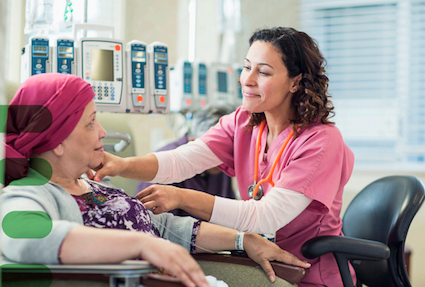 Immuno-oncology (IO) therapeutics are driving a transformational change in cancer treatment, mobilizing the patient’s immune system against their cancer, and aimed at reducing toxicities.

Use of IO therapies – including immune checkpoint inhibitors – in clinical care and clinical trials for solid tumors was the topic of an advisory board meeting held in Mumbai recently by the IQVIA India medical and clinical team with Key Opinion Leaders from various regions of India.

A major point raised during the meeting was that Indian patients often lack low-cost access to IO therapies that are approved in U.S. and European markets. Currently, while IO therapies are available in India – either on demand or on compassionate use grounds – cost and affordability remain a concern even for higher income groups.

IO therapy in India is only reimbursed by medical insurance for patients who have been approved, and when used in combination with chemotherapy. In future, it would be helpful if the reimbursement decisions of insurance companies could take account of multiple factors, including overall survival benefit, efficiency, value, drug approval status, magnitude of clinical benefit and improved quality of life.

Another point discussed at the meeting was that access to clinical trials – another way to gain access to IO therapies – is also currently not available to the majority of cancer patients in India. This situation demands solutions. India should be included in major global IO trials, along with other APAC countries, including the many preclinical and clinical research studies underway in solid tumors.

In India, there are minimal challenges in patient recruitment for IO clinical trials from ethical, regulatory and institutional review board perspectives.

One approach to overcoming these challenges would be to create a central platform including details about oncology patients, treatment options, and clinical trial opportunities. This could take the form of a database, application or registry, which could help to increase awareness among doctors and patients, thereby increase participation in clinical trial across India. There is a particular need to connect rural patients and hospitals with major tertiary urban oncology centers and principal investigators.

Over the last decade, clinical data generated by Indian clinical sites have been used successfully to support drug approvals in the United States, European Union and elsewhere. India remains on track to become a major centre for clinical trials and should be routinely considered by international sponsors for global IO trials.